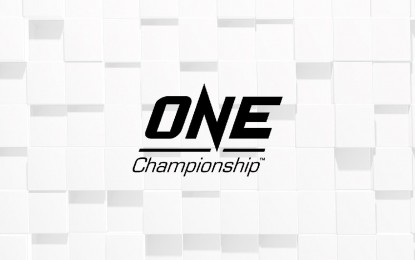 MANILA – Filipino mixed martial artists Jomary Torres and Rene Catalan came up short of racking up wins at ONE: Big Bang at the Singapore Indoor Stadium on Friday night.

Torres was forced to play defensive mode all match long against Indian opponent Ritu Phogat as the latter quickly sent the former to the ground.

Phogat eventually breached through Torres’ half guard and connected on consecutive elbow and forearm strikes that forced the referee to stop the contest at the 3:55 mark of the very first round.

With the win, Phogat, who moved up to 4-0, may have just done enough to earn for herself a place in the ONE Women’s Atomweight Grand Prix set next year.

Meanwhile, Torres, who actually had a hot start to her career, fell for the fifth straight time.

On the other hand, Catalan ended up at the wrong end of potentially the knockout of the night against South Africa’s Bokang Masunyane.

Masunyane, more known as a ground game specialist, landed a devastating head kick to Catalan that knocked him out in just 33 seconds.

The now 8-0 Masunyane is expected to be inside the ONE strawweight rankings after beating the third-ranked Catalan, who lost for the second straight time after six consecutive wins.

Meanwhile, changes were made to the fight card at the 11th hour due to the coronavirus disease 2019 (Covid-19) scare.

The supposed main event, Roman Kryklia’s defense of the ONE kickboxing light heavyweight title against Murat Aygun, was called off following Kryklia’s decision to beg off.

Kryklia bared that he had close contact with someone who has tested positive for Covid-19.

While he tested negative in his latest swab test, Kryklia remains in quarantine.

Aygun still got to fight on Friday night as Anderson Silva, not to be confused with the former Ultimate Fighting Championship star of the same name, stepped in as a late replacement, although the bout was relegated to the undercard.

“Braddock”, as Silva would be called possibly to distinguish himself further from “The Spider”, stunned Aygun with a second-round knockdown.

However, in the end, Aygun’s brilliance in the first and third rounds was enough to give him the unanimous decision win.

The new main event featured Marat Grigorian taking on Ivan Kondratev, which ended up in a second-round knockout win by Grigorian.

On the other hand, ONE Championship canceled the scheduled battle between Amir Aliakbari and Islam Abbasov after the former tested positive for Covid-19.

While Aliakbari was already discharged from the hospital after the serological test showed that the positive test was due to past infection, he opted not to compete as well. (PNA)

2 DOLE offices in Pampanga temporarily closed due to Covid-19

Sara Duterte has all qualities to be next president: Panelo

1M health workers to be vaccinated next month

One person died, at least three were injured, and three more were traumatized when an …