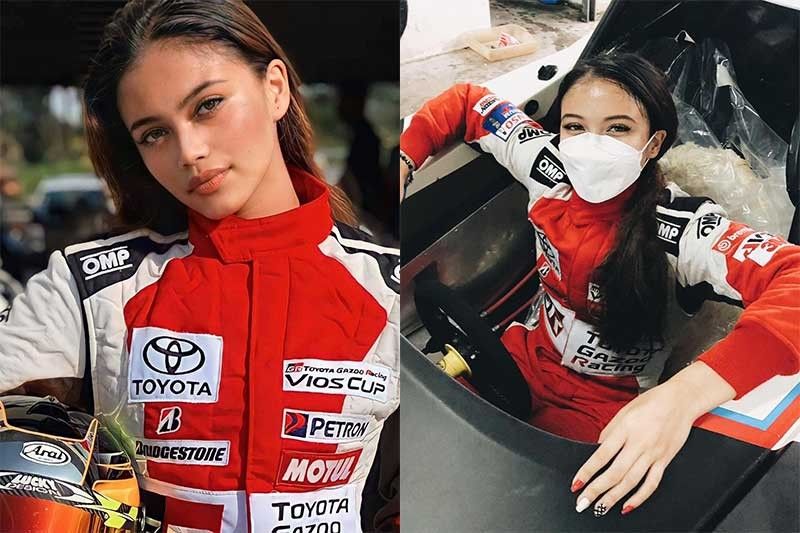 MANILA, Philippines — Filipino racer Bianca Bustamante is setting lofty goals for herself at the age of 16.

Even in her young career, the three-time Philippines Driver of the Year awardee is focusing on the long-term milestones she wants to achieve.

"Obviously for me, it's always going to be [racing in] Formula One (F1)," said Bustamante.

"But right now, I think the more realistic part is the W Series, it's the female races of Formula One and women drivers from all round the world compete in that series," she added.

The W Series isn't that far off from F1, though, with the women's competition a "support race" of F1 meaning all the races of the W Series occur in the same place and time of F1.

Her first step to F1 will come in October when she races in the 2021 FIA Girls on Track Rising Stars program.

Bustamante will be the only Asian among 14 female kart drivers in the program where a scholarship in the prestigious Ferrari Driving Academy (FDA) is at stake.

Bustamante made it clear that she wasn't just going to FIA Girls on Track Rising Stars shootout come October 21 to 23 just for the experience.

"And of course, getting into Ferrari Driver Academy [is a goal]," she said.

Bustamante will race in the shootout at the famed Circuit Paul Richard, where the F1 French Grand Prix takes place.

Apart from the FDA scholarship, the 16-year-old racer also stands a chance to attend a two-day FIA training camp if she gets selected as one of the eight drivers moving on in the program.

Then only four drivers will progress on after that, where they will be able to test Formula 4 cars in Fiorano, Italy.