Finding Agnes is a lesson in soul-searching

Soul-searching and finding oneself are some of the important themes tackled in the latest Filipino film on Netflix, Finding Agnes.

The film finds an unlikely but effective pair in comedian Jelson Bay and romantic/drama actress Sue Ramirez in telling this heartwarming tale backdropped by breathtaking Morocco.

Finding Agnes, which is also the directorial debut of Marla Ancheta, follows a successful businessman (Jelson) on his emotional journey to a foreign land to piece together the turbulent life of his estranged mother, meeting her adopted daughter (Sue) along the way. Both make an unlikely connection but not what you might expect in a Filipino film. It’s now streaming on Netflix globally. This onscreen chemistry extends to off screen, the stars told The STAR and other press in a virtual interview recently.

Jelson, whose last comedy film Ang Pangarap Kong Holdap also streamed on Netflix, said that his first leading-man role in a film that also marked his first trip abroad was made easier thanks to a co-star like Sue. 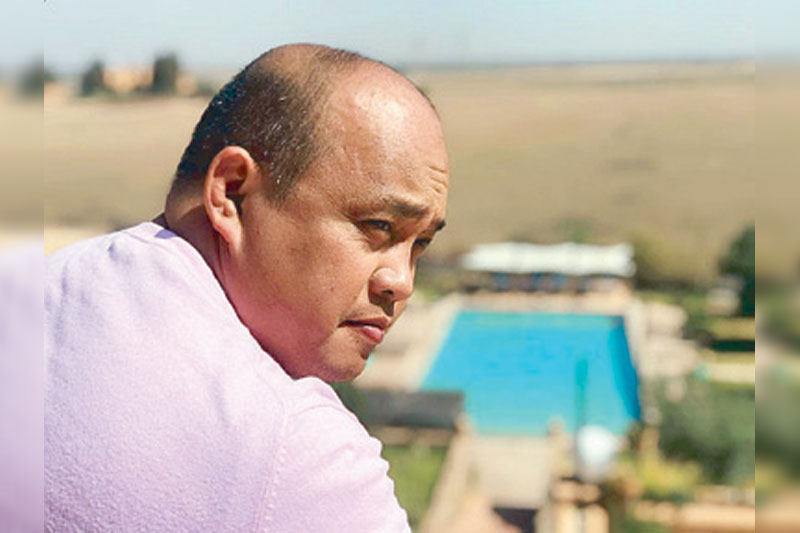 Sue, on the other hand, revealed that it was difficult to execute the dramatic scenes of the movie with a straight face because she had a riot of a co-actor.

“Napakahirap! Ako ang nahihirapan sa bawat eksena kasi si Kuya Jelson ay nakakatawa siya by nature, so whatever he did, I couldn’t stop myself from laughing. If you saw me (looking) serious in certain scenes, let me just say, those were hard to pull off. He’s just this natural ball of sunshine and he lights up a room when he enters, he’s that type of person.”

She continued, “And I really appreciate his professionalism. At nag-workshop pa yan si Kuya Jelson sa table manners, nag-John Robert Powers siya for this role. That’s what you call commitment and that’s the type of artist that I look up to — you know, people who prepare and are professional enough to prepare for their role.”

According to direk Marla, when she came onboard, producers already had Jelson and Sue in mind as lead stars, and she immediately believed that their tandem would work “but we (had) to change the theme a bit.” From more rom-com in theme, the script transformed into a story of a personal journey with equal measures of light drama moments and comic relief.

For his part, Jelson admitted to thinking it was a prank when he was first offered to be Finding Agnes’ male lead.

“They wanted to try something new so I got the role. When the idea (of being the leading man) was first introduced to me, akala ko prank lang talaga. I thought it was not real because napaka-risky naman na (ako) lalo na sa panahon natin ngayon di ba? …But I was happy that I got the role.”

As for Sue, she really wanted to do lighter fare in her next film — her previous works were the thriller Dead Kids and the sexy film Cuddle Weather (both available on Netflix) — and found it in Finding Agnes. The most challenging part though was immersing in the foreign culture as she had to portray someone who was born and raised in Morocco.

“I had no background at all. I had to learn the (culture) on the set. There were some Pinoys who had been there for a long time and they were the ones guiding us in how to say the lines, and what they mean… So it was an extra effort for me to learn the language on the spot. It was very hard…I think that was the biggest adjustment for me,” she shared.

The STAR asked the cast if they ever had been to a place where they felt truly at home or better yet, found themselves.