Finland prepares to apply to NATO on May 18: top diplomat 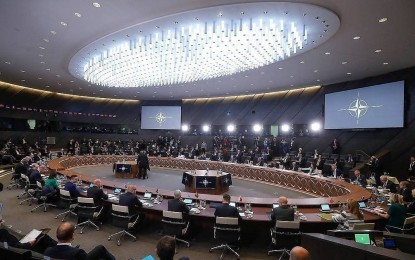 “Our permanent representative to NATO in Brussels will do this [apply] possibly on Wednesday. If talks with NATO begin, they will be taken care of by a delegation led by the foreign minister and the defense minister,” he said.

On May 16, Finland’s parliament will hold debates on the prospects of the country’s accession to NATO.

According to a joint statement by Finnish President Sauli Niinisto and Prime Minister Sanna Marin published on May 12, Finland should apply for NATO membership as soon as possible.

The formal decision on the application is expected to be made on Sunday.

In early April, the discussion of Finland’s possible NATO membership intensified with the main members of the alliance supporting the initiative.

In Finland, the majority of the members of the parliament upheld the idea of joining the bloc.

The Russian Foreign Ministry noted that Moscow would have to undertake military-technical steps to counteract threats to its national security. (TASS)

President Ferdinand Marcos Jr. expects the country’s economy to exceed levels before 2019 when the …