Sometimes the smallest innovations can have the biggest impacts on the world’s efforts to stop global climate change. Arguably, one of the biggest contributors in the fight against climate change to date has been the switch to the humble LED light, which has slashed hundreds of millions of tons of carbon dioxide emissions simply by reducing energy consumption in buildings.

And now firms backed by Robert Downey Jr. and Bill Gates are joining investors like Amazon and iPod inventor Tony Fadell to pour money into a company called Turntide Technologies that believes it has the next great innovation in the world’s efforts to slow global climate change — a better electric motor.

It’s not as flashy as an arc reactor, but like light bulbs, motors are a ubiquitous and wholly unglamorous technology that have been operating basically the same way since the nineteenth century. And, like the light bulb, they’re due for an upgrade.

“Turntide’s technology and approach to restoring our planet will directly reduce energy consumption,” said Steve Levin, the co-founder (along with Downey Jr. ) of FootPrint Coalition Ventures.

The operation of buildings is responsible for 40% of CO2 emissions worldwide, Turntide noted in a statement. And, according to the U.S. Department of Energy (DOE), one-third of energy used in commercial buildings is wasted. Smart building technology adds an intelligent layer to eliminate this waste and inefficiency by automatically controlling lighting, air conditioning, heating, ventilation and other essential systems and Turntide’s electric motors can add additional savings.

That’s why investors have put over $100 million into Turntide in just the last six months. 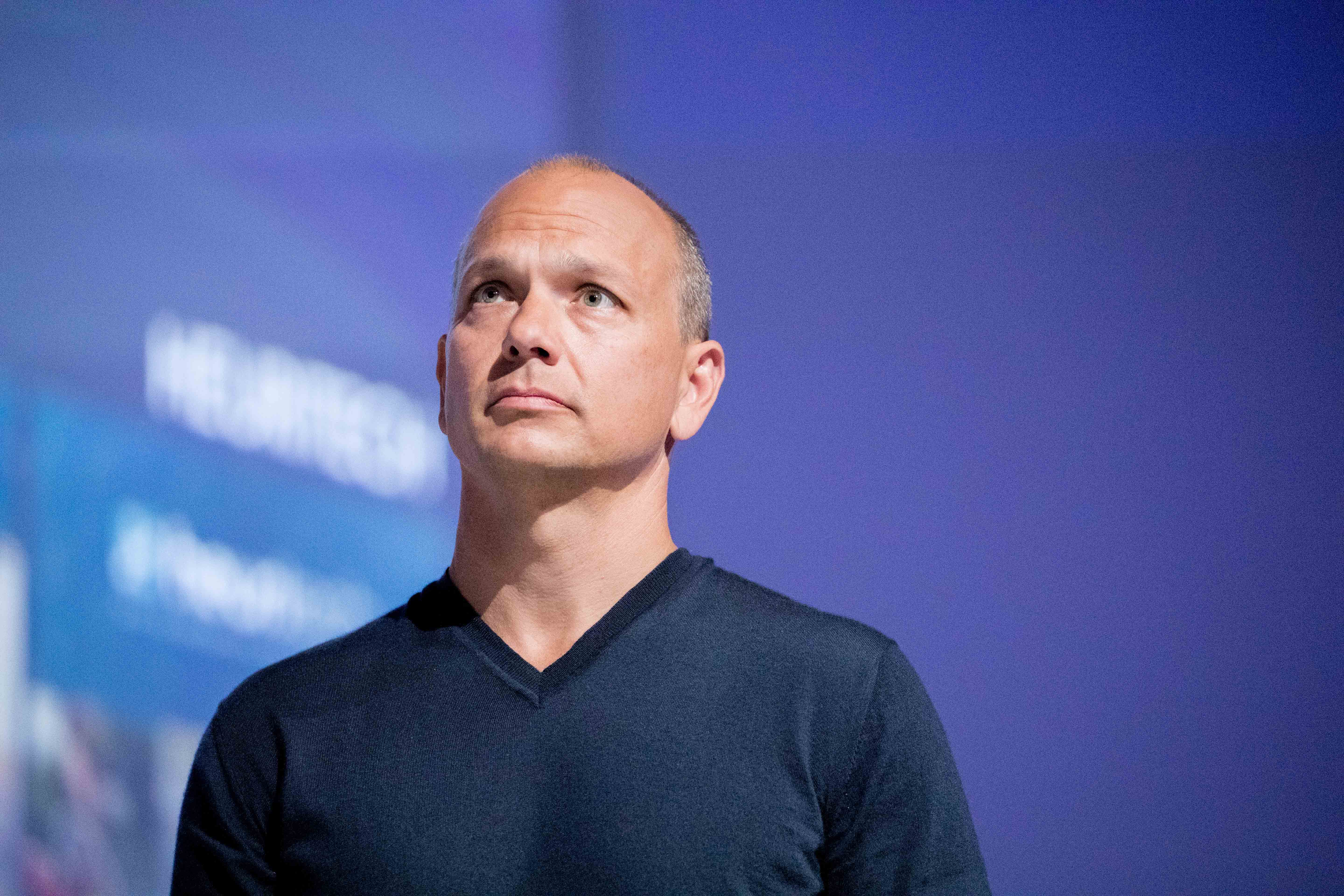 PARIS, FRANCE – JUNE 16: Tony Fadell Inventor of the iPod and Founder and former CEO of Nest attends a conference during Viva Technology at Parc des Expositions Porte de Versailles on June 16, 2017 in Paris, France. Viva Technology is a fair that brings together, for the second year, major groups and startups around all the themes of innovation. (Photo by Christophe Morin/IP3/Getty Images)

The company, led by chief executive and chairman Ryan Morris is commercializing technology that was developed initially at the Illinois Institute of Technology.

Turntide’s basic innovation is a software controlled motor, or switch reluctance motor, that uses precise pulses of energy instead of a constant flow of electricity. “In a conventional motor you are continuously driving current into the motor whatever speed you want to run it at,” Morris said. “We’re pulsing in precise amounts of current just at the times when you need the torque… It’s software defined hardware.”

The technology spent eleven years under development, in part because the computing power didn’t exist to make the system work, according to Morris.

Morris was initially part of an investment firm called Meson Capital that acquired the technology back in 2013, and it was another four years of development before the motors were actually able to function in pilots, he said. The company spent the last three years developing the commercialization strategy and proving the value in its initial market — retrofitting the heating ventilation and cooling systems in buildings that are the main factor in the built environment’s 28% contribution to carbon dioxide emissions that are leading to global climate change.

“Our mission is to replace all of the motors in the world,” Morris said.

He estimates that the technology is applicable to 95% of where electric motors are used today, but the initial focus will be on smart buildings because it’s the easiest place to start and can have some of the largest immediate impact on energy usage.

“The carbon impact of what we’re doing is pretty massive,” Morris told me last year. “The average energy reduction [in buildings] has been a 64% reduction. If we can replace all the motors in buildings in the US that’s the carbon equivalent of adding over 300 million tons of carbon sequestration per year.”

The company has raised roughly $180 million in financing including the disclosure today of an $80 million investment round, which closed in October.

Buildings are clearly the current focus for Turntide, which only yesterday announced the acquisition of a small Santa Barbara, Calif.-based building management software developer called Riptide IO. But there’s also an application in another massive industry — electric vehicles.

“Two years from now we will definitely be in electric vehicles,” Morris said.

“Our technology has huge advantages for the electric vehicle industry. There’s no rare earth minerals. Every EV uses rare earth minerals to get better performance of their electric motors,” he continued. “They’re expensive, destructive to mine and China controls 95 percent of the global supply chain for them. We do not use any exotic materials, rare earth minerals or magnets.. We’re replacing that with very advanced software and computation. It’s the first time Moore’s law applies to the motor.”

As the cost of gas climbs, here’s what’s fuelling the price at the pump