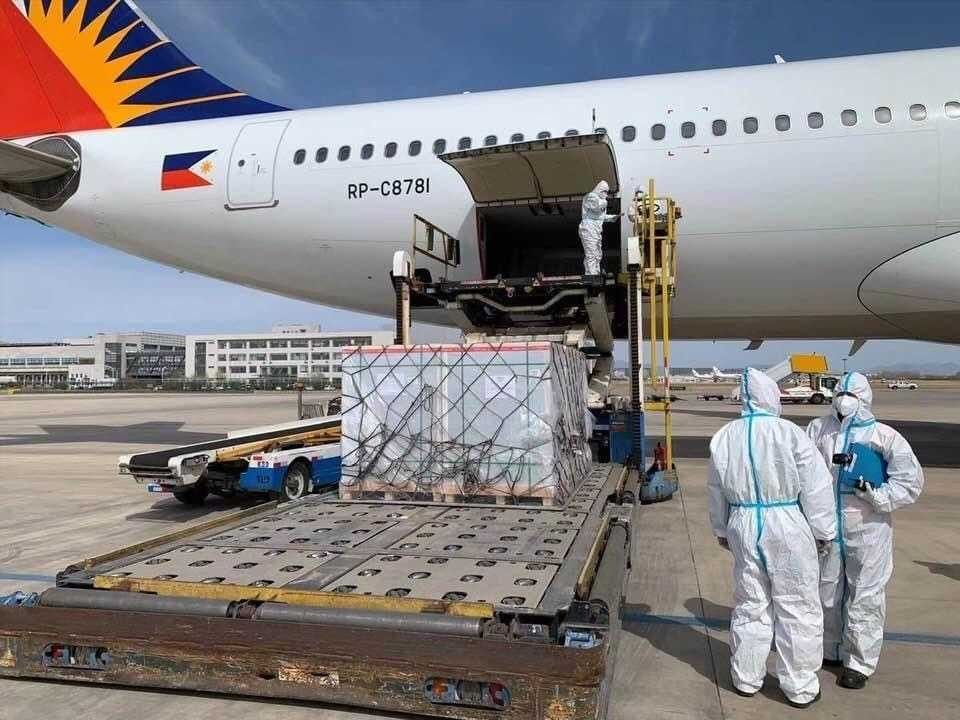 MANILA, Philippines — A million doses of Chinese pahramaceutical firm Sinovac's vaccines reached Manila on Monday, marking the arrival of the first batch of COVID-19 jabs that the government secured through a purchase agreement.

A Philippine Airlines plane that picked up the doses from the Beijing International Airport landed in the country at 4:04 p.m., ABS-CBN News said citing PAL spokesperson Cielo Villaluna.

President Rodrigo Duterte is set to welcome the delivery at the Villamor Airbase in Pasay City. He will be joined by Chinese Ambassador to the Philippines Huang Xilian, Health Secretary Francisco Duque III and vaccine czar Carlito Galvez Jr.

"This is but the first of the many other doses we have negotiated in order to achieve our goal of herd immunity," said Galvez in a release by the Department of Health, adding that 24 million more doses of Sinovac will arrive in the coming months.

The million doses, which cost P700 million, is so far the only procurement the administration has made nearly four months into 2021 and a month since inoculation efforts began.

Supply agreements have been signed with other manufacturers, but such have yet to be finalized. This would mean that to date, only a small portion of the P72.5 billion funding that Congress approved for vaccine purchase has been spent.

Before the arrival of the purchased Sinovac, all of the Philippines' jabs supply were donations from Beijing and from the World Health Organization-led COVAX facility.

Vaccine chief Galvez said the country is expecting 979,200 more doses of AstraZeneca from COVAX by April, which would bring the overall supply at 2.3 million doses.

In total, 656,331 individuals had been vaccinated as of March 27, data presented by Malacanang earlier today showed.

The health department said too that 2,494 sites are now administering the jabs to health workers, with 1,233,500 doses distributed.