For a revolutionary party

For a revolutionary party 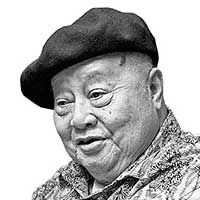 As the 2022 election year approaches, perhaps it is time to reexamine our political parties closely and how they have failed to create a truly provident state that provides Filipinos with justice. So many of us, particularly the young, are bitter and frustrated – no, “angry” is the word. It is time for radical action, for a political party which is capable of accommodating that ancient anger to emerge not just a worker’s party but a revolutionary party in keeping with our revolutionary tradition – the plow as its symbol.

Much as I am happy that our Armed Forces are decimating the ranks of the New People’s Army, I am saddened by their dying – these young purposeful Filipinos who could otherwise contribute so much to the building of this nation. Like I said, a dead revolutionary is useless. I despise their teachers who misled them, who have rejected the objective reality, that this Republic can’t be sundered anymore, either by Moro rebellion or “protracted war” – after more than 50 years, the NPA is a tragic mistake, their kind of revolution is not the solution to this country’s basic problems of poverty and injustice.

I dedicated my novel Mass to the memory of Eman Lacaba who was a revolutionary killed in Davao during the Martial Law years. Let me, at this instance, restate and clarify my political beliefs. I admired Chairman Mao then; I still do for his achievement – he unified China. But though I sympathized with the Communists, I was never one. As I stated then and I repeat today, you don’t have to be Maoist to make a Revolution.

The death of Eman in Davao saddened me. I published his poetry, discussed politics with him and shared this abhorrence of Marcos. I appreciated the NPA in those days when Marcos tyrannized this country – this is evident in my fiction, particularly in Ermita, Gangrene, etc. Then EDSA I – I was surprised that the Communists were not there. Probing why, I realized how doctrinaire they were. Both Cory and Marcos belonged to the same class. Slowly, very slowly, my sympathies for them withered and died. Knowing some of the Communist leaders, I thought they were more nationalist than Communist, hungry for total power, incapable of compromise. As our democratic institutions, fragile though they were, were revived, I also saw how our neighbors modernized. Twenty-five years – one generation, that was all the time they needed to banish poverty.

Listen clearly now. In the many years after EDSA, our poverty and the widespread injustices have not been vanquished, as real power continues to be vested in an oligarchy that manipulates and profits from our political system. The need for Revolution is as demanding and compulsive as ever – a revolution no longer with bullets. Our neighbors that have modernized did so with their committed leaders – soldiers, middle-class professionals, organized unions and strong political parties – all these contributed to purposeful government. These facts should not be lost on our very young. Motivated furthermore by nationalism, even the oligarchy cannot stop them; the oligarchs will have to change, or they will simply fade away.

Our times are perilous. Yes, but today is also fraught with opportunities, possibilities.

We now have a modernizing Republican army tested in war, patriotic, which assures us it holds this country together. For all the criticisms against Duterte, populist as he is, he is a bully, not a dictator. His regime is almost over. Let us go back to 1896 – the Revolution that was aborted. That revolution must continue. Clearly then, we need a Revolutionary Party to accommodate the vaulting, aching aspirations of the young; there are no nationalists in the Nacionalista Party, no liberals in the Liberal Party – just opportunist trapos and their dead cliches. Laban, 1Sambayanan, the Centrists – they all are effete before this nationalist challenge.

Meanwhile, if an NPA rebel decides to surrender, he must be treated with compassion. Even before he does, I am sure he goes through a profound self-searching, often with fear for his life, that he may be judged as a traitor and killed, as has happened in the past when many cadres were killed on suspicion that they were going to surrender. This decompression process is much like what a deep-sea diver undergoes when he surfaces, this should be understood by the military.

The NPA life (as compared to that of the leaders) is harsh and, needless to say, perilous. They have to answer these questions: Were all those years of hardship and sacrifice meaningless? Have I sacrificed for nothing? What is my future going to be? How will I be accepted if people get to know what I was? Society needs to be compassionate. Remember always, the rebels consider themselves patriots, too.

I am often asked what I did during the Marcos dictatorship. I flatter myself with the hoary injunction that as a writer, I am the keeper of memory without which there is no nation. First and most importantly, I survived, for myself, of course, but as a writer to bear witness and testimony. God was on my side; I wasn’t imprisoned and tortured. I was “small fish.” I was merely disallowed from traveling for four years. I was harassed, I lost my journal, Solidarity, my books were censored, I economically suffered. But I did write faithfully about those years so, hopefully, will the future generations know and remember.

Writing is not a heroic profession. How I envy those who are doing something more useful, the doctor who heals, the worker who builds and produces. Always, even before Luis Taruc – that dear old compadre who had sacrificed so much, asked me, “Is this all you can do?” I had hoped that I’d be able to give much more meaning to this life.

Writing can be enjoyable. In those times that I do it with pleasure, I often chide myself for being self-centered, narcissistic even. I’ve never stopped reading and writing, to know more, for there are so many whys unanswered. But in the end, who am I to judge, to teach when I am constantly studying, learning myself? Is bearing witness to my time – our time – enough? Who am I to try and move the mountain? Frail as I am, I am not even sure I can move a stone from that mountain. This is all I can do.

And after me – particularly the very young who will be afflicted by this condition, this compulsion to write, they perhaps will attend to the other stones. And who knows, then the playing field will yet be leveled, perhaps by tomorrow’s generations – not mine.

ON July 27, in the immediate aftermath of the powerful magnitude 7 earthquake that struck …