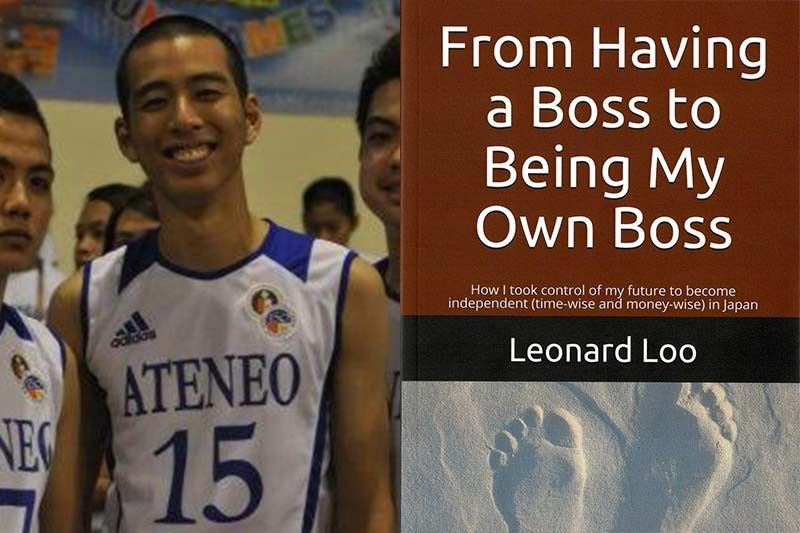 As a member of Ateneo men’s volleyball team from 2007-11, he was a part of the squad that began to challenge the stranglehold of UST and FEU on the UAAP crown. He was, in fact, a part of the first team under head coach Oliver Almadro to book a Final Four slot.

Today, 10 years removed from his last competitive game as a UAAP student-athlete, Loo finds himself in a similar situation — this time as a foreigner, or in local parlance, 'a gaijin,' as he tries to make a career in the Land of Rising Sun.

Unlike his fellow Blue Eagle Thirdy Ravena who is playing his trade on a basketball court, Loo is in an entirely different endeavor: the corporate world.

And he has just released a book about his experience in Japan titled, "From Having a Boss to Being My Own Boss."

The self-published book, written specifically for expatriates living in Japan, essentially chronicles how Loo took control of his life to become independent in Japan.

"I moved here in March of 2012 because I found a job as a paralegal in a law firm that paid around six times more than my job in the Philippines," said Loo, who has no Japanese ancestry.

Loo, now based in Osaka, started writing a book about his work experiences in Japan during a lull in his work that usually has him working even on weekends.

"After starting writing, it became a habit that even when my work load got heavy, I felt my dad wasn’t complete even if I didn’t write a few paragraphs or edited my work for the book," clarified Leonard. "It is about my experiences and my daily and regular habits."

Before he left his job, Loo also laid down the groundwork for his own business by spending 30 minutes at night working on his business’ website.

"I made the site public even before I left my job," said Loo of his late night efforts.

With "From Having a Boss to Being My Own Boss," Leonard has relied mostly on social media to promote his book that is now available on Amazon both in ebook and paperback form.

He also was able to post on a website called "Retire Japan" that drew attention to his book.

"Even with the limited reach of the marketing I did, it has been received quite well by people I didn’t know," said a happily surprised Loo.

While busy with his work, Loo still finds time to play recreational volleyball.

"I still almost play weekly," he conceded of his means of living a balanced lifestyle.

However, right now, the former Ateneo Blue Eagle is busy with his business and promoting his book.

"I didn’t think I’d be here (in Japan) or even write a book," Leonard Loo reflected. "And it is great to live out your dream and check some things off your Bucket List."