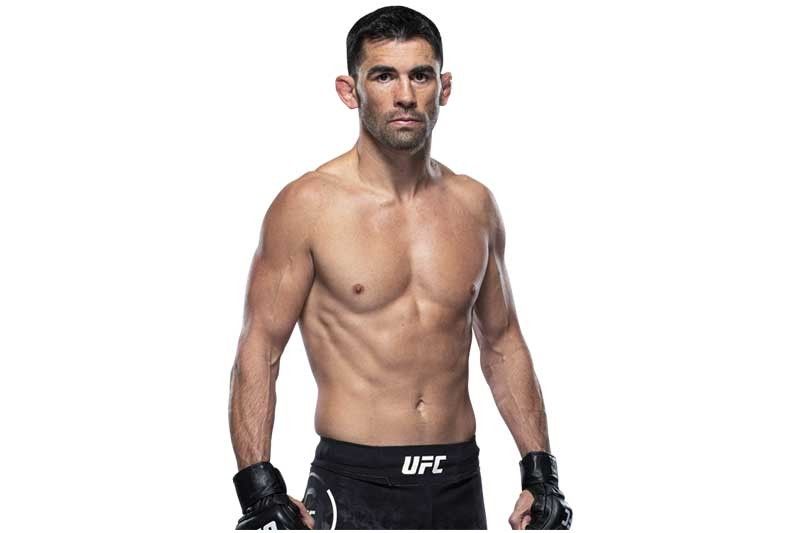 MANILA, Philippines — They say that when you’re up there, the only place you can go is down.

Case in point: 36-year-old Dominick Cruz; a former two-time UFC bantamweight champion who last held the belt in 2016. Currently sitting at No. 10 in the UFC’s bantamweight standings, Dominick Cruz also knows that when you’re down, the only way to go is back up.

"Continuing to slide down the rankings" is not his vocabulary.

Oddsmakers place the outcome of that match at 50-50.

Cruz enters the fight healthy and all good, something that is not lost on him.

“Everything is lined up. Now it’s cut the weight. Show up to practices. The hard work and suffering is done. After cutting weight, I need to do my job and win. I usually have something hurt going into a fight but I am healthy and ready to go. And I am facing a healthy and ready-to-kill me Muhnoz.”

If Cruz is coming off a split decision win over Casey Kenney in UFC 259 held this past March 21, 2021, Muhnoz is still smarting from a unanimous decision loss to Jose Aldo in UFC 265 held this past August.

That, of course, will not make a difference, postulated Cruz: “I am expecting Pedro to move forward. So I tried to recreate what he does best in training camp, which is move forward, head me off, and box me in a corner.”

“Pedro has been in this game as long as me. He has the same knowledge and fight IQ. I need to use different tools with Pedro and pull them out in that fight. When it comes down to it, it will be a game of chess with him.”

“I need to let my actions dictate what I do there. My last opponent (Cassey Kenney) came hard at me. It was a small cage. This is a bigger cage so there is more room for me to move.”

Cruz is now to move a lot during fights and strikes from odd and unexpected angles. More than being a striker, he can take it to the mat if need be.

“I went on a streak without losing for a decade,” summed up Cruz. “I have had injuries and faced the top two fighters in the division. Wins are everything in this sport. That is what matters and that is why I will end my 2021 with a win over Pedro Muhnoz.”

UFC 269 will be shown on Tap Sports on Skycable and Cigal as well as the Tap Go streaming application.