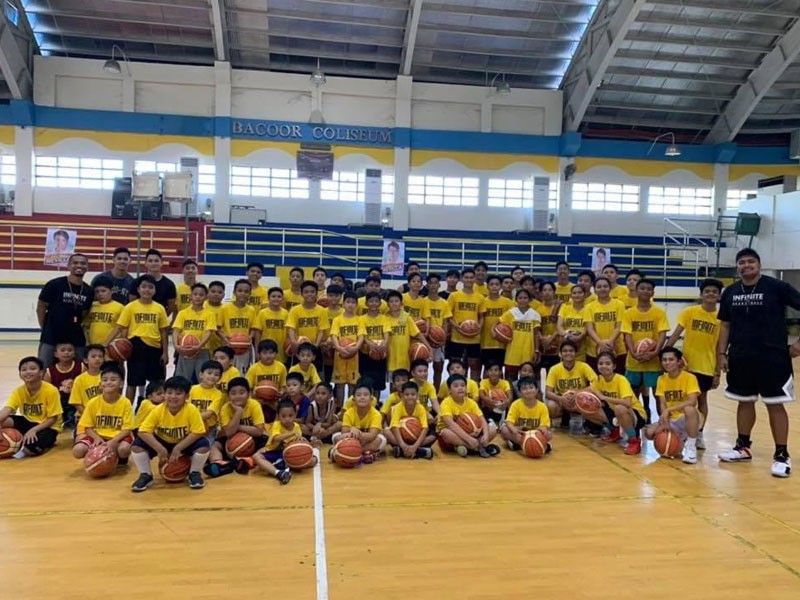 MANILA, Philippines – It is rather common to see former basketball players become coaches or to even open their own basketball camps.

However, when you think of former University of Santo Tomas Growling Tiger June Dizon, you would remember him for being a quasi-enforcer who guarded either the foreign players or the opposing team’s top gun. While he wasn’t a dirty player, he was known for his mind games and hitting the occasional huge bucket to help UST.

And help he did. While suiting up, he helped the Tigers to a UAAP title in 2006. Dizon also played on a few champion squads of Harbour Centre in the old Philippine Basketball League. He likewise donned the colors of FERN-C in the PBL, Cebuana Lhuillier in the PBA D-League and the Philippine Youth Team.

So you know he isn’t just some cager. Dizon was damn good.

And he continues to do good to this day with his basketball camp in Bacoor, Cavite.

His camp has age group trainings for children from the ages of 5-18 years old. There are also one-on-one tutorials for those from the age of five to adult age.

“It started out with me learning how to coach so I can teach my son to play the right way,” related Dizon, who made no apologies for his unabashed love for basketball. “Mahilig talaga sa basketball.”

One thing led to another until it dawned upon June and his wife Abbey to put up their own basketball camp — the Infinite Basketball Camp — in 2018.

“It is a means to teach the kids in our area the basic basketball skills as well as to share the Good News of our Lord to them,” described Dizon of his one-line pitch about Infinite Basketball Camp. “Maganda yung nakikilala nila ang Lord habang lumalaki.”

Dizon believes that it is only right that he gives back to the game of basketball and to the Lord for his blessed career. After all, not many players get an opportunity to win a college title or even play for the country.

June got a chance to do both and a bit more. Now, he hopes others will receive the same opportunity.

And yet, with the ongoing COVID-19 pandemic, the Dizons have switched to virtual training. Thus far, they have held two camps and with the school year over, are planning their virtual summer basketball camp.

After all, staying fit, busy and healthy while maintaining a positive attitude are not only keys to success in basketball but in this most difficult time as well.

And June Dizon knows about the ups and downs. He’s been through it. And now he’s teaching how to go about it.