Share
Technology & Science
Sophisticated scanning technology is revealing intriguing secrets about Little Foot, the remarkable fossil of an early human forerunner that inhabited South Africa 3.67 million years ago during a critical juncture in our evolutionary history. 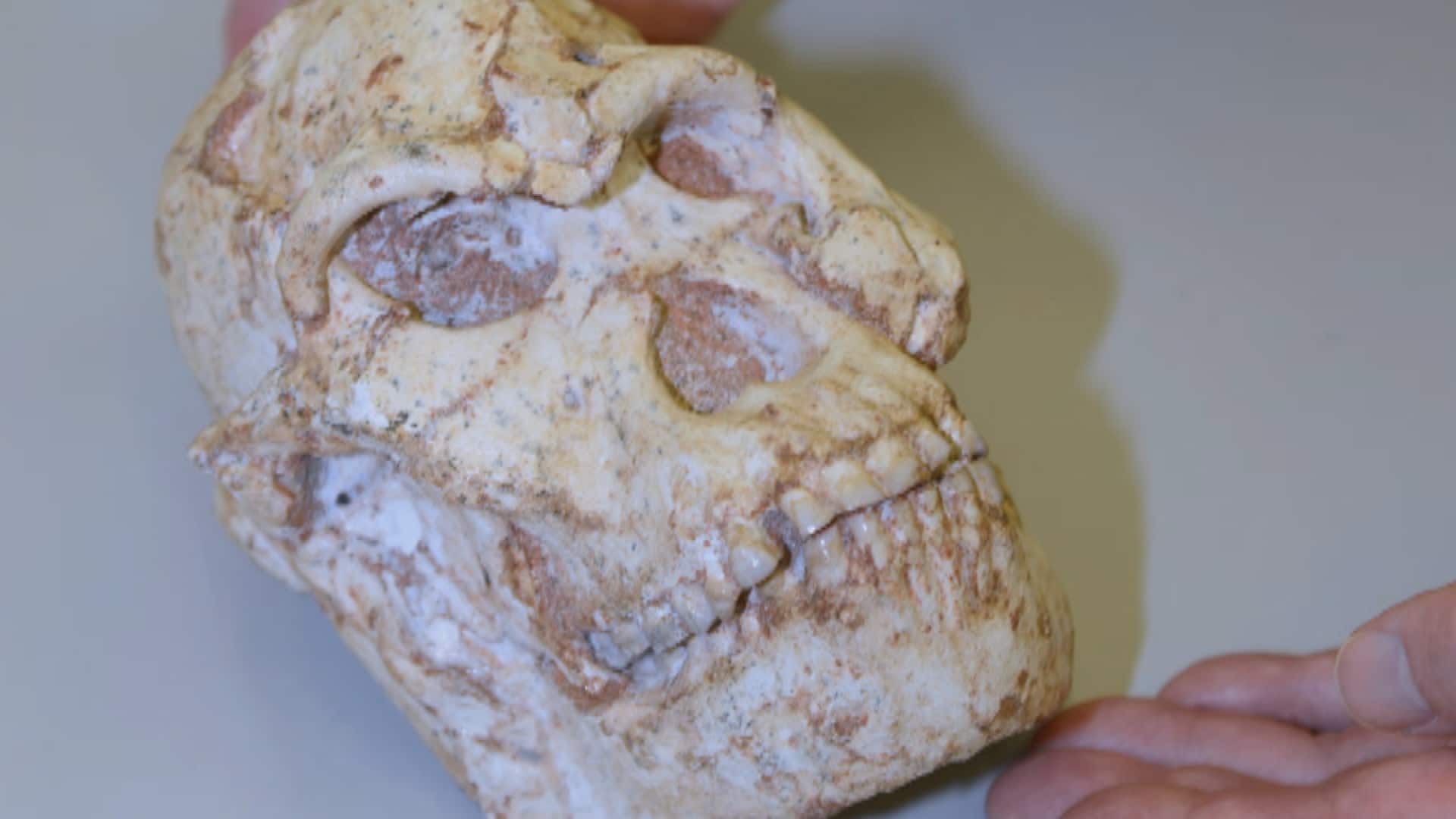 Here is a closer look at the well-preserved fossilized skull of Little Foot, an early human forerunner that inhabited South Africa millions of years ago.0:42

Sophisticated scanning technology is revealing intriguing secrets about Little Foot, the remarkable fossil of an early human forerunner that inhabited South Africa 3.67 million years ago during a critical juncture in our evolutionary history.

Scientists said on Tuesday they examined key parts of the nearly complete and well-preserved fossil at Diamond Light Source, Britain's national synchrotron facility. The scanning focused upon Little Foot's cranial vault — the upper part of her braincase — and her lower jaw, or mandible.

The researchers gained insight not only into the biology of Little Foot's species but also into the hardships that this individual, an adult female, encountered during her life.

Little Foot's species blended ape-like and human-like traits and is considered a possible direct ancestor of humans. University of the Witwatersrand paleoanthropologist Ron Clarke, who unearthed the fossil in the 1990s in the Sterkfontein Caves northwest of Johannesburg and is a co-author of the new study, has identified the species as Australopithecus prometheus.

"In the cranial vault, we could identify the vascular canals in the spongious bone that are probably involved in brain thermoregulation — how the brain cools down," said University of Cambridge paleoanthropologist Amélie Beaudet, who led the study published in the journal e-Life.

"This is very interesting as we did not have much information about that system."

Beaudet noted that it likely played a key role in the threefold brain-size increase from Australopithecus to modern humans.

Little Foot lived in a tropical forested area, "and for some reason, she fell into the cave," said Clarke.

Beaudet told the BBC that it's believed Little Foot fell through an opening in the floor of the cave where she was found.

"The dental tissues are really well preserved. She was relatively old since her teeth are quite worn," Beaudet said, though Little Foot's precise age has not yet been determined.

The researchers spotted defects in the tooth enamel indicative of two childhood bouts of physiological stress such as disease or malnutrition.

"There is still a lot to learn about early hominin biology," said study co-author Thomas Connolley, principal beamline scientist at Diamond, using a term encompassing modern humans and certain extinct members of the human evolutionary lineage. "Synchrotron X-ray imaging enables examination of fossil specimens in a similar way to a hospital X-ray CT-scan of a patient, but in much greater detail."

Little Foot, whose moniker reflects the small foot bones that were among the first elements of the skeleton found, stood roughly 4-foot, 3-inches tall. Little Foot has been compared in importance to the fossil called Lucy that is about 3.2 million years old and less complete.

Our own species, Homo sapiens, first appeared roughly 300,000 years ago.

The synchrotron findings build on previous research on Little Foot.

The species was able to walk fully upright, but had traits suggesting it also still climbed trees, perhaps sleeping there to avoid large predators. It had gorilla-like facial features and powerful hands for climbing. Its legs were longer than its arms, as in modern humans, making this the most-ancient hominin definitively known to have that trait.

"All previous Australopithecus skeletal remains have been partial and fragmentary," Clarke said.

An Apple Store Votes to Unionize for the First Time

No One Knows How Safe New Driver-Assistance Systems Really Are

The pastor’s a wizard, and some worshippers look like cats: This is church in virtual reality

Google says it will erase U.S. user data about trips to abortion clinics

An Apple Store Votes to Unionize for the First Time