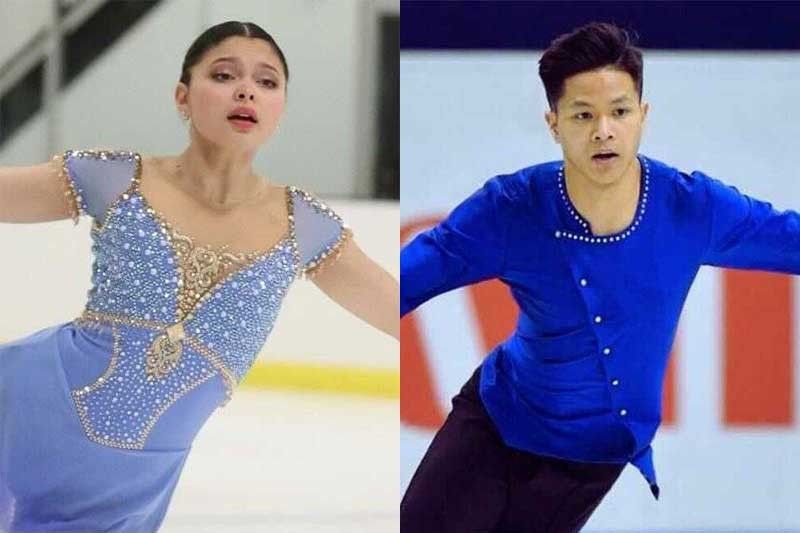 MANILA, Philippines – Filipino figure skaters Sofia Frank and Edrian Celestino will look to book slots for the Philippines in the 2022 Beijing Winter Olympics at the Nebelhorn Trophy, which set to begin Wednesday in Germany.

In the final qualifying event for the Winter Games, Frank and Celestino will try to grab one of the six and seven Olympic slots available for the women's and men's figure skating, respectively.

Celestino will look to earn the country a third consecutive appearance in figure skating after Michael Martinez competed in the 2014 and 2018 editions of the Winter Games in Sochi and Pyeongchang, respectively.

The Canada-born figure skater earned the right to represent the country in Nebelhorn after edging out Martinez and Christopher Caluza through a selection process by the Philippine Skating Union.

Celestino ruled the Quebec Summer Championships to boost his case for the Nebelhorn Trophy slot.

Frank, meanwhile, will look to make history in her first major tournament representing the Philippines.

If the 15-year-old clinches a slot for the country in Nebelhorn, it will mark the first time a Filipina will be heading to the Winter Games.

Most recently, Frank copped a bronze medal in the 2021 Colorado Springs Invitational.

Celestino and Frank see action on Thursday, September 23, for the short program.

Free skating is penciled in for men's and women's on Friday and Saturday, respectively.

The Filipinos hit the ice Wednesday for official practice.

Also in the running for a slot in the Beijing Games is speed skater Julian Macaraeg. He competes later this year to qualify.

Share
Previous Camarines-Iloilo, Laguna-Caloocan in PCAP Wednesday
Next Many Canadians waited in long lines for hours to vote in federal election