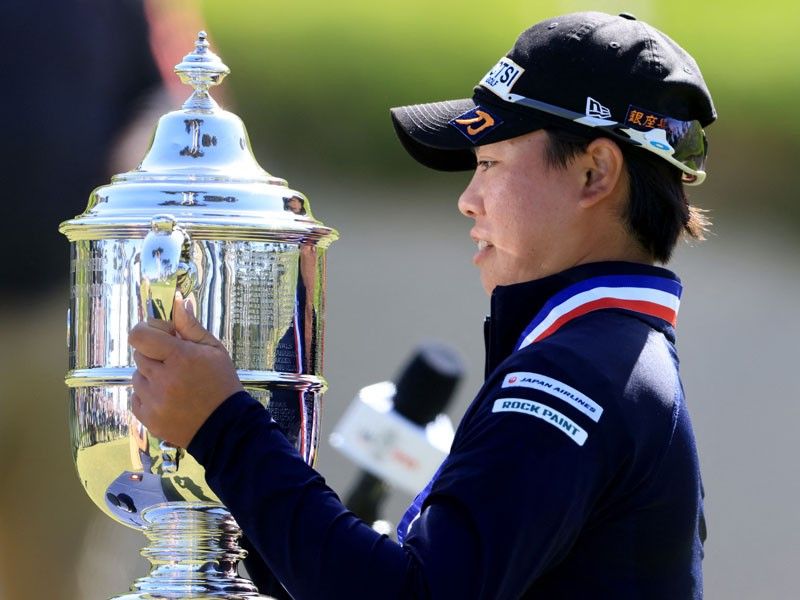 MANILA, Philippines – All week, Yuka Saso proved short of being exceptional in the dreaded roughs of the Olympic Club. While most of the contenders in the US Women’s Open, including the world-ranked ones, would struggle just to extricate themselves out of the thick grasses and into the fairways, the Fil-Japanese would land hers on the greens — and within birdie distance.

And Saso capped her four-day brilliance off the unmowed portion of the Lake course with a solid, impeccable shot from 108 yards, the ball sailing over and hitting the front of the green before resting some 10 feet below the cup.

And unlike most players putting for a championship, be it a minor or a major one, the ICTSI-backed ace didn’t stray too much from her routine on the green — carefully studying her line of putt once, getting to the stance then stroking it.

No frills and fuss, no extra spotting.

That makes Saso out of the ordinary, instantly becoming a force to reckon with in big-time championships, her brand of game expected to be the envy of many young players here and elsewhere.

Working on a 261-yard norm off the mound, Saso missed six fairways and went out of regulation seven times in the first round but got into the early mix of things with a 69 and at joint sixth with a number of tough shots from the roughs while finishing with 26 putts, including a sand save.

She continued to grapple with her driver and on the layout's tight fairways in the second day, hitting just six in cold conditions and spending more time in the roughs again. But with the right frame of mind, she pulled off a series of terrific shots out of the tall grasses in a way very few in the elite field could match to wrest solo control.

It was more of the same in the pivotal third round but the 2018 Asian Games double gold medalist held sway with her bailout shots, even padding her lead to three in one stretch, only to waver when pressure, perhaps, started to creep into her nerves in the closing holes.

She bogeyed the last hole and yielded the lead to a hot-charging Lexi Thompson of the US and fell behind by as many as five majority of the final round after that back-to-back double bogeys from No. 2, miscues that could shatter the confidence of even the toughest of the lot.

But Thompson would crumble in shocking fashion and Saso would mount a comeback in a manner that defines a pro career although the latter had to thwart Nasa Hataoka’s spirited bid in the two-hole aggregate playoff and in the third sudden death hole to complete her historic major run.

“Stay patient, learn and trust the process,” she would always say.

But with a major championship added to her two trophies from the LPGA of Japan Tour and a couple more from the Ladies Philippine Golf Tour and a slew from her amateur feats, expect her to persistently shoot for another while acquiring and absorbing every lessons and accepting the hardships and challenges that happen along her journey to success.

Perhaps, when the next major championship is held, the rest, including those making up the cream of the crop, should learn a thing or two from not just this "diamond in the rough" but more aptly so, a gem of a find.

Share
Previous Where were Manitoba’s residential schools — and what stands there now?
Next San Juan ends 1st Round of Wesley So Cup atop Northern Division