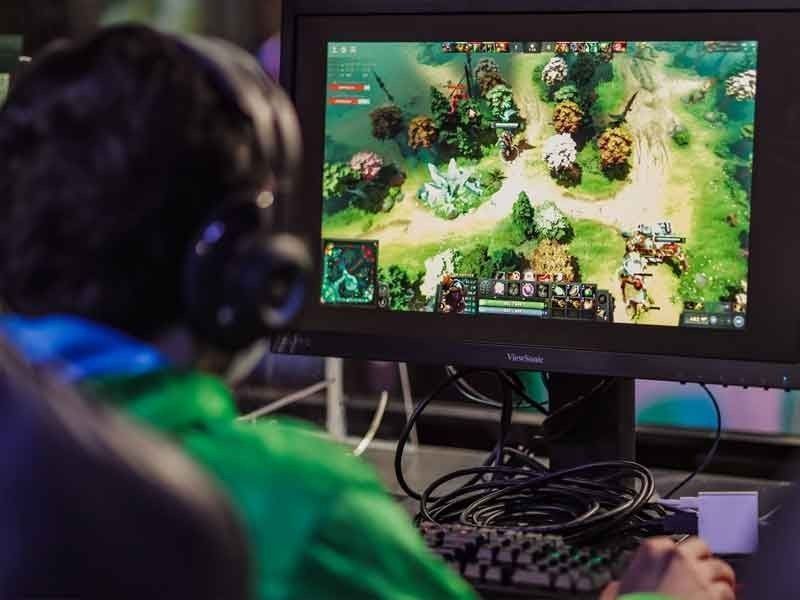 MANILA, Philippines – 2020 is a year that can be described not with words, but with a collective exasperated sigh. With the coronavirus pandemic, natural calamities, political movements and hounding the headlines, it is a year for the books.

But one such thing has defined 2020 — everyone has realized that everything can be done in the safety of one’s home; that there are lots of things that can be done without setting foot outside.

It is a belief that many gamers and esports athletes have had for quite some time and with the world catching up finally in 2020, esports and gaming certainly took center stage as the pandemic raged on.

With the world stuck at home in reality but with limitless possibilities in the virtual world, here’s how virtual games and esports stepped up in the past 12 months.

With most of the population homebound indefinitely, cabin fever was sure to set in at some point. Many people, young and old, turned to the virtual world as their means of escape.

In a report published by the NPD Group, a market research company, people across age groups increased their time spent playing video games during the year, with those aged 45 and above averaging 12 hours per week playing games.

But the shift to video games may not just be for personal entertainment.

According to another study done by Robert Walters in collaboration with VacancySoft, the trend of grandparents playing video games online with their children and grandchildren was discovered. It was their means of staying in touch with their family during the different lockdown measures implemented, bridging the gap that social distancing has made for our own safety and welfare.

Aside from more people gaming, the pandemic also derailed quite a few gaming events. The biggest of them all was E3 2020. Though this was a shock and a huge disappointment to gaming fans, game developers turned to live virtual events and online presentations to announce their upcoming plans. The annual Game Awards was also done virtually, broadcasted simultaneously from Los Angeles, London and Tokyo.

In the Philippines, the biggest gaming convention, Electronic Sports and Gaming Summit (ESGS), also decided to go virtual, with the summit having been done solely online and viewed via their Facebook page.

Even before the pandemic, 2020 was already expected to be a big year for gaming consoles. The plans of console heavyweights Microsoft and Sony to release their next-generation machines pushed through in the last quarter of 2020.

The anticipation for both the Playstayion 5 X Box Series X remained high as the year remained grim with strict health and safety measures, shifting events like game launches and game expos to a virtual setting.

As many gaming expos and events were canceled, there had been fear that such launches would not take place as it had affected production due to quarantine. But both Microsoft and Sony pushed through with their next-generation console releases last November.

The anticipation surrounding both consoles and their games only grew with developers sharing teasers of their games frequently as the launch dates neared.

Another gaming console that made the headlines was the Nintendo Switch. During the start of the pandemic, the NPD Group reported that the sales of the console doubled compared to the previous year. Last November, sales of the Switch and its Lite version reached over $1.35 million. One such factor to the boost of sales is the launch of the game Animal Crossing: New Horizons last March. The popularity of the game came about due to its virtual recreation of routine life (maintaining a house, socializing with virtual friends) while everyone was in quarantine.

A wave of sexual harassment and misconduct accusations rocked the gaming industry last June. The complaints started with streams on Twitch, leading the video game streaming platform to open an investigation. The wave of misconduct also resulted in many resignations from top members of the gaming community who were facing accusations. From writers to creative directors to CEOs themselves, many either resigned or were terminated as the complaints were brought to light.

In September, the country also saw its own case of sexual harassment with professional streamer Em Dangla, more known as “Kaisaya,” speaking out about her own experience. With the misconduct exposed, different esports teams, organizations, leagues and other professional gamers have voiced out their support to women gamers and esports athletes, condemned sexual harassment or any unruly behavior in the gaming arena, and joined the call for a safe playing environment.

In August, an all-female esports league was launched by Smart Communications with Eplayment Entertainment. Liga Adarna, a tournament exclusively for women, set the spotlight on women gamers.

With the heavily exclusive boys club of gaming finally being reached by the #MeToo movement, game developers have begun to expand their gameplay with users now able to play protagonists of various identities. One noteworthy example is NBA 2K21, which launched its first-ever WNBA MyPlayer mode in next-gen consoles.

With many esports tournaments pushing through despite the pandemic, the Philippines did not let COVID-19 hinder its performance.

NRX Jeremiah 29:11 bested everyone to be crowned Regional Champions of the Call of Duty Mobile World Championship 2020. They were supposed to compete in the Grand Finals but due to concerns for health and safety, the final stage was cancelled and the prize pool was distributed among the regional champions.

Esports teams give back

The pandemic made the year a tough one for Filipinos, with many losing their jobs and businesses suffering. Health care workers were stretched too thin.

The esports community took it upon themselves to do something, or the very least to give back.

In March, esports talent agency Tier One Entertainment started the Gamers Vs COVID Charity Campaign. Carried out with other streamers, the campaign aimed to combat COVID-19 with the power of video games. Donations were handed out to the United Nations Foundation and World Health Organization's global efforts to combat the dreaded disease. They also conducted the WFH Charity Cup, an online-only ML:BB pro tournament whose entire proceeds were again donated to the UN WHO COVID-19 Response Fund.

Starforge, an online charity streaming event from Globe via its co-owned esports team, Liyab Esports, raised a total of Php523,000 for the Philippine Heart Center and its COVID-19 relief efforts.

As the country was hit by typhoons one after another late this year, the Filipino gaming community once again banded together to raise aid for the victims of typhoons Rolly, Siony and Ulysses.

The Philippines' premier franchise-based Esports league, The Nationals, called for donations using their streams during the weekend the typhoon had hit. Esports team Smart Omega and JustML organized the Gamers Unite Omega Charity Showmatch, that had the top esports team compete with one another and all prizes donated to victims of Typhoon Ulysses.