Police in Gatineau, Que., said they arrested two people and fined six under the province’s public health act after breaking up a family party on New Year’s Eve.

Police were called to a home on rue le Baron around 11:30 p.m. ET Thursday evening after receiving an anonymous complaint from a neighbour. They encountered six people from multiple households having a private gathering.

Quebec is currently in lockdown, meaning visitors from another address are not permitted inside people’s homes at the moment.

Mathieu Tessier, one of those arrested, posted a video of the police response to Facebook on Friday. In an interview with CBC News, Tessier alleged police used excessive force and complained that officers weren’t wearing masks.

“The police cannot do what they did to us. They treat us like animals, like criminals,” Tessier said.

In a tweet, Gatineau police said the video only shows part of the incident and that one of the individuals arrested assaulted a police officer. 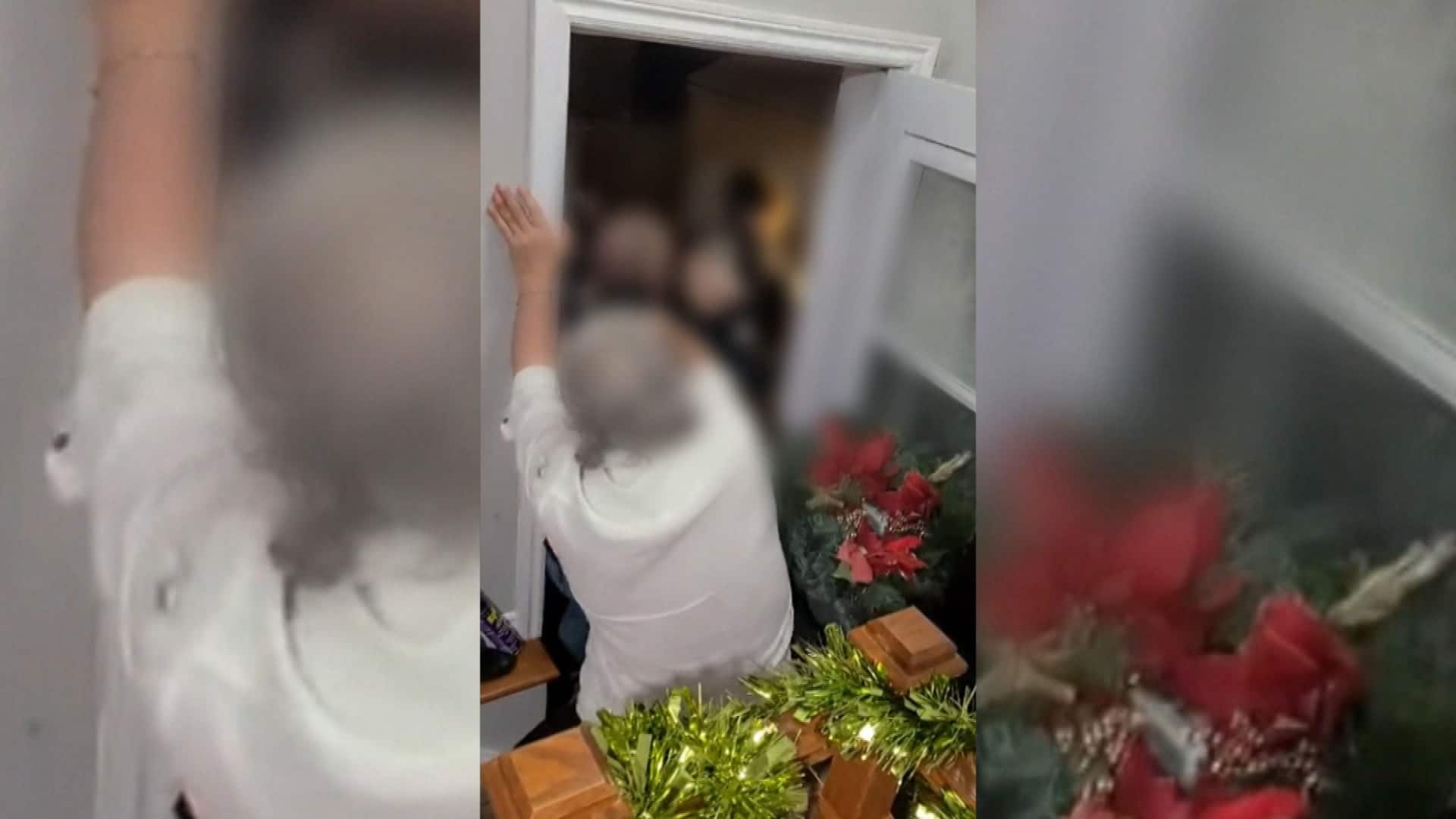 The video was posted to Facebook by Mathieu Tessier, who says police used excessive force and weren’t all following COVID-19 safety protocols.0:45

Gatineau police spokesperson Renee Anne St. Amant told Radio-Canada in an interview that the owner of the house refused to identify herself and was uncooperative when police arrived.

“At this point, the situation just got worse,” St. Amant said.

Tessier said he and his sister were both detained by police, but he denied hitting a police officer. Gatineau police said at least one of them will face charges of obstructing the work of peace officers, assault and resisting arrest.

Tessier, whose sister owns the house where the gathering took place, acknowledged that the family took a risk but said he thought if police showed up they would ask them politely to break up the party.

Tessier said when his sister stepped out of the house to speak to police, she wasn’t wearing shoes or a mask. His mother then opened the door to ask her inside, which is when Tessier said things escalated.

“The policemen took [my mother’s] arms from the house and pulled to get her out,” he said.

At this point, he said he was hiding in the living room with his girlfriend and stepfather with the lights off, but said he went to the door to try to intervene when he heard his mother scream. Tessier said he tried to get in between his mother and the police officer, which is when his girlfriend started filming.

“When I see that he was pulling my mother out, I go in the middle of them so they can leave my mother alone so I can close the door and talk,” he said.

Tessier said some of the police officers who came to the house weren’t wearing masks, which he felt was also inappropriate.

“You’re supposed to protect us but right now you don’t have [a] mask so you put my life in danger,” he said.

The video showed that some of the police officers, as well as the members of the family, weren’t wearing masks. St. Amant said one of the officers was hit and lost his mask in the altercation.

As for the others, St. Amant said when reinforcements were called due to the urgency of the situation and the escalating violence, officers didn’t have time to put their masks on. She also noted that most of the action took place outside the residence.