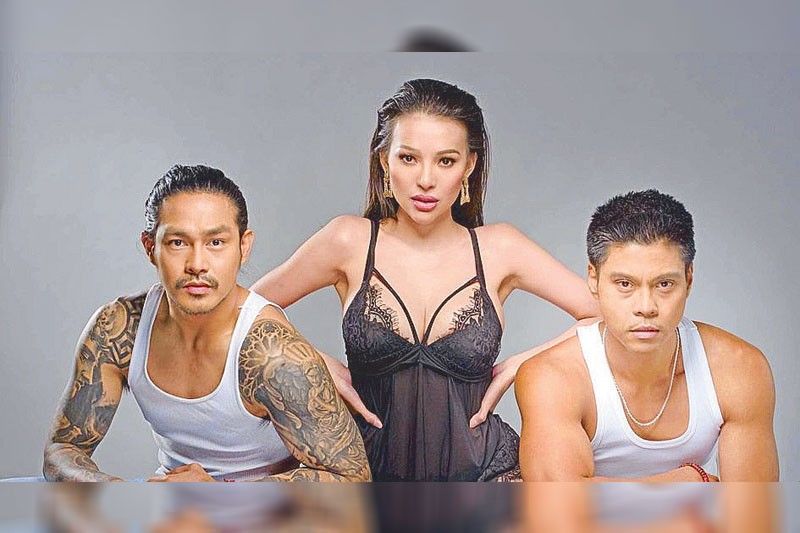 Introducing sexy star and “Braless Goddess” Sunshine Guimary in the sexy comedy, Kaka, turned out to be ideal both for Viva Films and director GB Sampedro, who worked at the helm of his first sexy comedy project.

With his latest directorial effort, Kaka, the director tries his hand at sexy comedy for the first time, with the film debut of Sunshine. There were no auditions needed for the cast. Direk GB is very thankful that Viva gave him a free hand in choosing his cast members. “There was nothing I asked for that Viva didn’t give for this movie,” he said. “They gave me their full trust in this project and I was really so thankful for that. They trusted my vision.”

When Kaka was assigned to Sunshine, Direk GB subsequently requested to work with the likes of Gina Pareño, Rosanna Roces, Giselle Sanchez and Maui Taylor. “The cast of this project was destined to be formed and all worked together,” the director beamed. “It is not just a sexy comedy. The film tackles certain topics that are not openly discussed but are facts of life.

“I discovered that I could work on a new film genre. I’m thankful to Viva that they gave me a chance and I was able to explore what I still want to do as a director. There was something new and fresh that I was able to do.”

Direk GB took it as a challenge when he was assigned to work at the helm of a sexy comedy flick. “For some reason, the concept of Kaka was not done specifically for Sunshine,” he clarified. “But if you will ask me if Sunshine fits the role for this project, my answer is yes.”

The fact that they completed their two-week filming while locked-in with the entire cast and crew was another challenge for direk GB. They even transferred to out-of-town locations in Batangas and Tagaytay.

“I challenged myself with the new set-up,” Direk GB said. “Good thing the shoot was locked-in. It was also challenging to transfer locations, because we had to meet protocols and guidelines. We had to submit permits when we reached another province.

“This is my first sexy comedy. I’m used to doing comedy, but I had to learn how to do sexy comedy with Kaka. I grabbed the opportunity to do the new genre. It really challenged me. I guess when you’re doing something new, you will make effort to deliver it well.”

Kaka was filmed last March at the height of the COVID-19 surge. The cast and crew followed safety protocols. They had swab tests prior to the filming, then they had isolated quarantine. Masks and face shields were taken out only during the actual shoot. After the filming, everyone had exit swab tests before they were all sent home.

Direk GB is thankful the cast did not have any problems while filming, despite the change in locations. “We didn’t have any problems in the shoot,” the director disclosed. “All my artists were nice and professional. Our schedules were followed and everything worked according to plan. Nothing became a surprise to all of us.”

Filming for two weeks while locked-in formed a close bond for the entire cast. “I got to know more of them,” Direk GB offered. “We all bonded and got close because we were just in one location. After the shoot every day, we all stayed in our hotel. Even at night, we still saw each other. We all got comfortable working together.

“That was where our bond was formed. That was what’s good about it. We all became like family. If I needed to discuss something with any one, we all became open. I was able to discuss anything with them openly. In the same way, if they had suggestions, they were able to tell it to me right away. That became the key to working well together.”

The theme song for Kaka titled Sunshine, was recorded by Juan at Kyle, who sang the phenomenal Marikit. Joining the cast of Kaka are Jerald Napoles as the best friend of the lead character, Ion Perez and Jackie Gonzaga of It’s Showtime fame, Juliana Parizcova Segovia and Debbie Garcia.