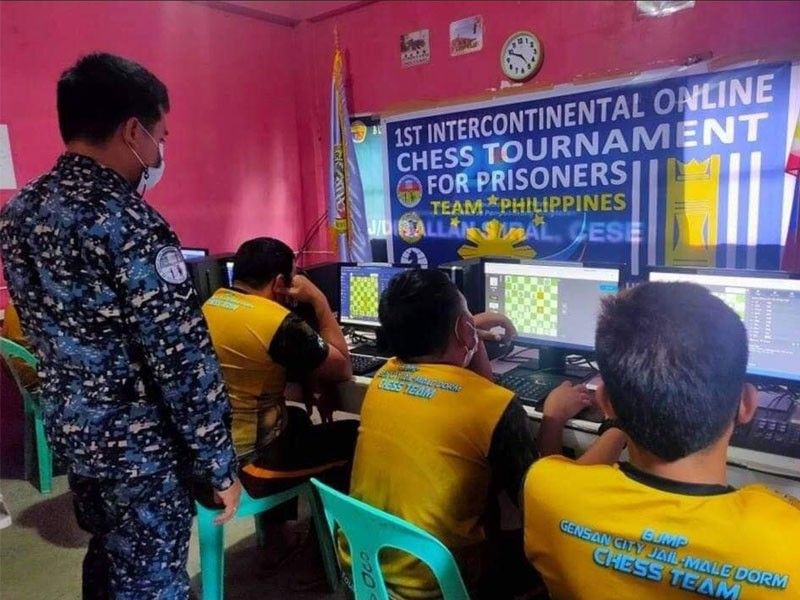 MANILA, Philippines – Chess can be a way for prisoners to have a second chance in life.

And these five brave Filipino prisoners from General Santos who are representing the country in the first FIDE Intercontinental Online Chess Championship for Prisoners have shown that chess could be one of the things they would do when freedom eventually comes knocking in the future.

This is because these chessers from the General Santos City Jail topped Group 1 Thursday and advanced to the finals of the first-ever tournament for persons deprived of liberty (PDL), which drew 42 teams from 31 countries that were split into six groups.

JO1 Cedrix Cabangal coaches this team with Winston Silva, a Filipino master who teaches the sport in Thailand, as its trainer.

“Me mga tira na rin talaga sila, tinulungan ko lang hasain,” said Silva, who thought them for free for two straight days before the event. “I’m proud of them. I told them I will be sending them some chess goods next month or December para ma feel nila na I’m not justr a teacher but a friend as well.

The Philippines actually ended up tied for first with Mongolia with eight points apiece but the former took first with a better tiebreaker, 15.5-14, with the two advancing to the 12-nation finals set Friday.

There, the country was bracketed into Group A alongside Georgia 1, Russia 1, Palestine, Germany and Mongolia.

Group B is composed of Croatia, Argentina, Zimbabwe, USA-Chicago, England and North Macedonia.

The top teams of each group play each other in the grand finale also set in the same day.

In the group stages, the Philippines drew with Mongolia and Kyrgyzstan, 2-2, and smashed Australia, 4-0, Armenia, 4-0 and United Arab Emirates, 3.5-.5.

If they topped this event, they would get the distinction as the first world champion of this competition.

More importantly, this could serve as a realization that there is hope after prison.