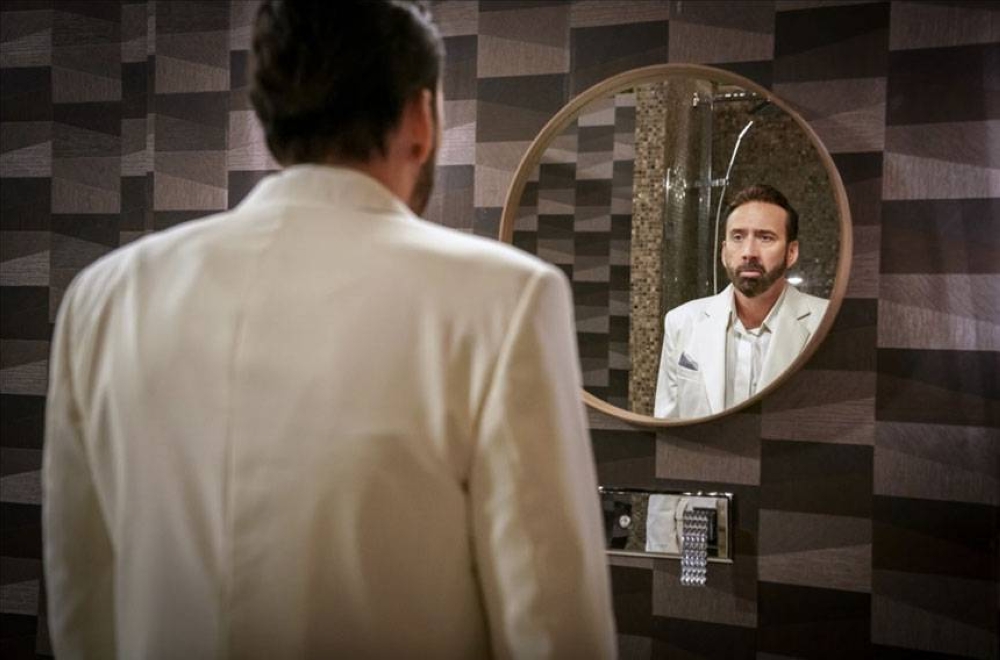 ‘The Unbearable Weight of Massive Talent’ has Nicolas Cage playing a version of himself. IMDB PHOTO

Google the number of movies Nicolas Cage has been in and you'll get 116 or more. He's everywhere from Oscar contenders to acclaimed indie dramas to big action movies to animated features to films that have zero percent ratings on Rotten Tomatoes (like 2014's “Left Behind”).

He's probably best known in the Philippines for the trio of action films released one after the other in 1996 and 1997 — “The Rock,” “Con Air” and “Face/Off.” It could take up all this space to just discuss his career instead of his newest release, “The Unbearable Weight of Massive Talent.” Though a super fan of Mr. Cage might say, 500 words for a career summary is heresy, and any discussion of his career would entail a thick volume or volumes.

“The Unbearable Weight of Massive Talent” has Nicolas playing a version of himself, Nick Cage. Here we are riffing on the multiverse theme again.

This Nick Cage is an actor $600,000 dollars in debt. He tries but fails to get a coveted role, but eventually is offered an unusual gig: show up at the birthday party of superfan Javi Gutierrez (Pedro Pascal) in Mallorca. The talent fee for this gig? One million dollars. Lacking options and on the brink of quitting acting, he takes the job.

Except, Javi may be a syndicate kingpin — and he may have kidnapped the daughter of a Spanish politician. And due to a set of strange and silly circumstances, this Nick Cage may be the only one US Intelligence can count on to rescue the girl. Then the crazy ride begins.

Cage has an ex-wife (Sharon Horgan) and daughter (Lily Mo Sheen — daughter of Kate Beckinsale and Michael Sheen) in this iteration of himself, which gives it a family angle.

But the relationship with an undeniable chemistry here is the one between the Javi and Nick. You can really see Javi's earnest adulation — his being an ultimate fan-boy. He's even got a special room for memorabilia. This repartee between fan and idol, which sometimes turns into a genuine meeting of minds, is what makes this a real treat.

“The Unbearable Weight of Massive Talent” is co-written and directed by Tom Gormican. Gormican worked with writing partner and fellow Nicolas Cage fan Kevin Etten to get Nicolas Cage to agree to do this. The writers also show they're not just fans of Cage but of just going to the movies.

I don't know if it'll happen but I'd love to see Pedro and Nicolas return to these personas again and maybe loop in another actor or actress.

“The Unbearable Weight of Massive Talent” opened May 11.