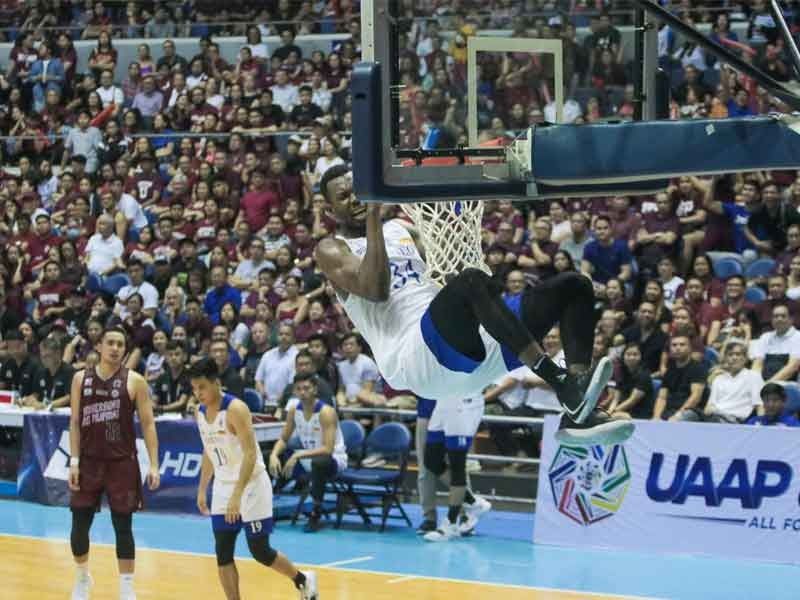 MANILA, Philippines — Recently naturalized Filipino Ange Kouame has a vast number of opportunities ahead of him after he serves his tenure in Ateneo.

This was what the Ivorian big man revealed just days after officially becoming a Filipino citizen, with President Rodrigo Duterte signing into law the bill that grants him citizenship on Monday.

Kouame went on Tiebreaker Vods' 2OT on Thursday and opened up about the multiple offers he has been receiving with his fine play in the UAAP and, soon, the FIBA stage.

Though keeping himself faithful to his Gilas duties, Kouame sees playing overseas as the best option for himself post-college.

"I think overseas will be a good goal for me," Kouame told 2OT.

"I had a lot of offers… after my Ateneo studying time," he added.

Kouame has been playing for the Blue Eagles since UAAP Season 81 in 2018, and has a couple of more years under his belt.

There is no shortage of where he can go next, with the big man having entertained offers already from Asia and in Europe.

Even the NBA G League has been knocking on his door.

"I have a lot of offers now especially in Asia and in Europe," said Kouame.

"A couple of people have asked me to play in the G League [as well] but we will see what's coming and what will happen in the coming two years," he added.

Wherever Kouame may go after his years with the Blue Eagles, his experience will likely be a big boost to the Gilas national team where he is pegged as a long-term asset.