GM Ino Sadorra: Chess, a can of spam and ‘never say die’ 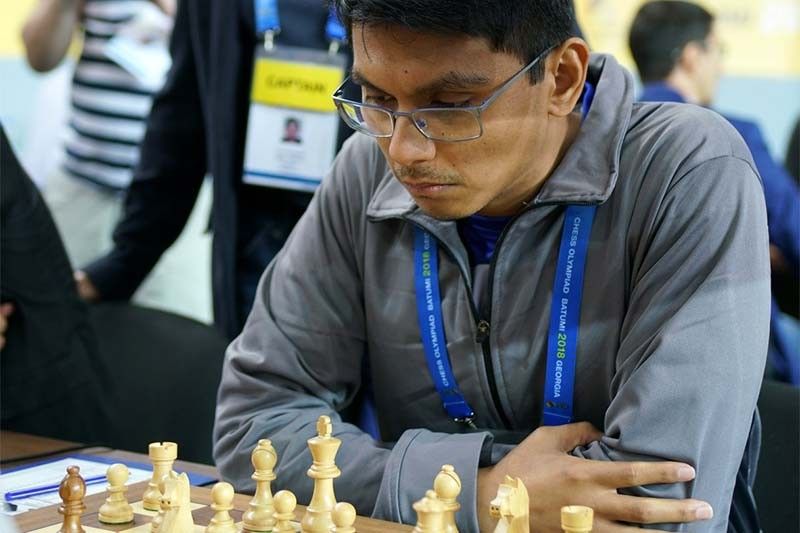 “Even if PCAP is happening in a new stage of my life, I want to be part of it,” Sadorra pointed out during a Zoom interview.

The 34-year-old Grandmaster moved to the United States in 2009 where he studied at the University of Texas at Dallas where he received a bachelor’s degree in Business Administration in 2013 and received the title of Grandmaster while pursuing his studies.

“I only know good things will come of PCAP and it will elevate chess in the Philippines,” pronounced Sadorra.

“Europe, India, and China have their own leagues and it has helped their countries. I am sure it will do wonders for the sport in our country.”

While growth, international recognition and prize money are the norms for chess, there was a time when Sadorra compete for a can of spam.

“I grew up in Diamond Street of Bacoor, Cavite, hungry to play chess games. After I took lessons from my dad and enrolled in Milo Checkmate, I hustled on the streets with a narra chess board on one hand and a can of spam na galing sa lola ko on the other. If I lose, I give the spam. But if I win, I am not sure if they have something to give.”

However, during his high school days, Ino switched to basketball when his family moved to Singapore.

As a youngster, Ino was enamored with basketball. But as he tells it, instead of enrolling in the Milo Basketball Camp, his father put him in Milo Checkmate.

“I was angry with my dad,” he recounted.

“I was such a big fan of Ginebra and Michael Jordan and the Chicago Bulls.”

In Singapore, he got to live out his basketball dream with the school varsity while being a one-man chess team.

“In Singapore, chess didn’t offer a challenge. I got that in basketball. But I used prophylactic thinking and other chess principles in hoops such as anticipating where the ball will go to get steals.”

"The coach would tell the team, ‘why can’t you hustle like Julio’ because I was good at anticipating the ball and steals. And I also got voted Most Valuable Player (during one tournament).”

“Ginebra’s motto of ‘never say die’ also became a motto not only in basketball and chess, but in everything I do including life. So both sports and life’s lessons complemented each other well.”

The lure of chess though was hard to ignore. Ino found himself flying back home to play in tournaments. More so when Grandmaster Eugene Torre imparted some simple but terrific advice: “Go and read books.”

“I became a voracious reader because it helped me grow not only in chess, but knowledge-wise.”

Today, Sadorra coaches his alma mater’s chess team in Dallas. He has lived in the United States for 11 years now.

With PCAP, he’s thrilled with this new development. “This is good for Philippine chess and chess in general.”

He does have one concern though — “Lack of sleep,” he confessed with a laugh.

“Some things are worth making sacrifices.”

After all, it takes him back to hustling for spam, living the ‘never say die’ creed, and well, being Jordanesque.