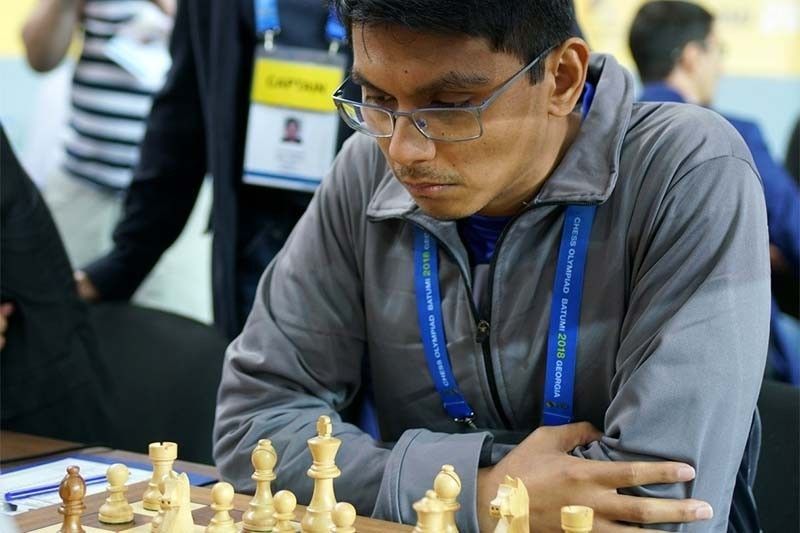 The tournament is normally conducted face-to-face, but with the ongoing COVID-19 pandemic, the competition was held virtually.

“I am blessed to have talented and hardworking players in my team who aren’t only from the United States of America, but also hail from Paraguay, Colombia, Peru, Canada, Israel, Moldova, and India,” beamed Sadorra, who is an alumnus of the university having obtained his Bachelor of Science degree in Business Administration in 2013. “Huge credit goes to my skillful players who executed our strategy well.”

Sadorra lauded his team’s focus during the competition. “Whatever their results in the previous rounds, all of them stayed focused and fought until the end.”

In blitz chess, players only had three minutes to compete while the rapid competition had a total of 10 minutes per game.

The crucial matches were the last three rounds of blitz and rapid play.

Sadorra had the team conduct arduous online drills that were designed to heighten their speed of thought and decision making that is crucial to blitz play.

“Tactical vision is critical whenever there’s only seconds on the clocks, because players often panic and make blunders,” said Sadorra.

The day after their victory, Sadorra’s team was back in school.

“I want to give a lot of cre3dit to my players who all excel in their academics. I want the young players to be inspired that our players not only practice and play chess but they are also great in their studies,” summed up GM Sadorra.