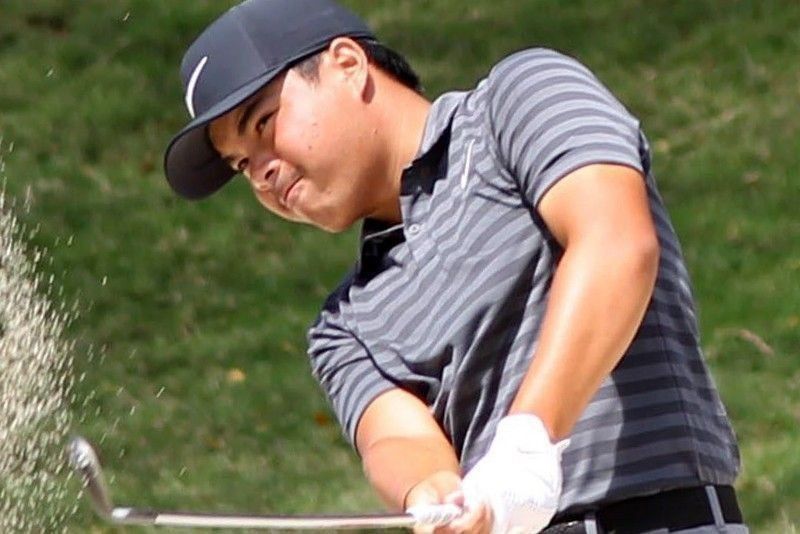 MANILA, Philippines – They did what they were supposed to do — start strong in moving day. But while Lloyd Go sustained a fiery three-birdie binge to pull off a solid, eagle-spiked 66, Miguel Tabuena blew a stirring birdie-par-eagle roll with mishaps after mishaps and faded with a 74.

Their contrasting third round results had Go staying in the hunt in the Korn Ferry Tour Q-School Stage I and Tabuena virtually losing track of his target at the Dayton Valley Golf Club in Nevada Thursday (Friday, Manila time).

Stalled at 44th in the first two days with 72 and 74, Go found his touch and rhythm early and birdied the first three holes at the back then snapped a streak of pars with another birdie on the first hole.

His confidence rising, the Cebuano hit two solid shots and eagled the par-5 No. 3 before another par-run led him to a pair of 33s.

Go remained outside of the Top 20 bracket but at joint 29th with 212, the former national champion moved three strokes behind his target heading to the final 18 holes of one of the six satellite tournaments.

But the Seton Hall University product will need to match or better his third round output to foster hopes for a stint in the next stage with a slew of others just within sight of Top 20, including Yung-Hua Liu (64), Jeffrey Kang (67), Matt Organisak (70) and Ben Geyer (71), who all pooled 210s for joint 23rd, and Matthew Cole and Chris Malec, who shot identical 70s, who assembled 211s.

Like Go, Tabuena, who stumbled with an opening 74 but fought back into contention with a 68 Wednesday, went three-under after the first three holes at the front. But just when he thought he had the par-72 layout all figured out, the two-time Philippine Open champion fumbled with a triple bogey on the par-3 No. 4 then yielded another stroke on the ninth.

The ICTSI-backed ace recovered and birdied the 11th but a bogey-bogey mishap from No. 13 and another 74 had the recent Idaho Open winner tumbling down from joint 31st to a share of 44th at 216, now seven strokes behind the projected cutoff score.

That leaves Tabuena with no option but to produce a solid round Friday and hope those in the cutoff line would flounder on a course that however continued to yield low scores in the absence of the wind.

Only the top 20 plus ties will advance to Stage II slated in five venues starting on Oct. 12 with the final qualifier to be held Nov. 4-7 in Savannah, Georgia.

Korean Kim Joo Hyung earlier stormed ahead with a four-under card after 12 holes for a 14-under overall total but the 2019 The Country Club Invitational winner double-bogeyed the par-3 16th. But he birdied the 18th to save a 69 for joint fifth at 203 and all but secure a slot in the next phase of three-part elims leading to KFT cards next year.

Li Wang fired the tournament-best 65 to seize control at 200, one stroke ahead of David Bradshaw and Gregory Moss, who both carded 68s for joint second at 201, while Gunner Wiebe turned in a 66 for solo fourth at 202.