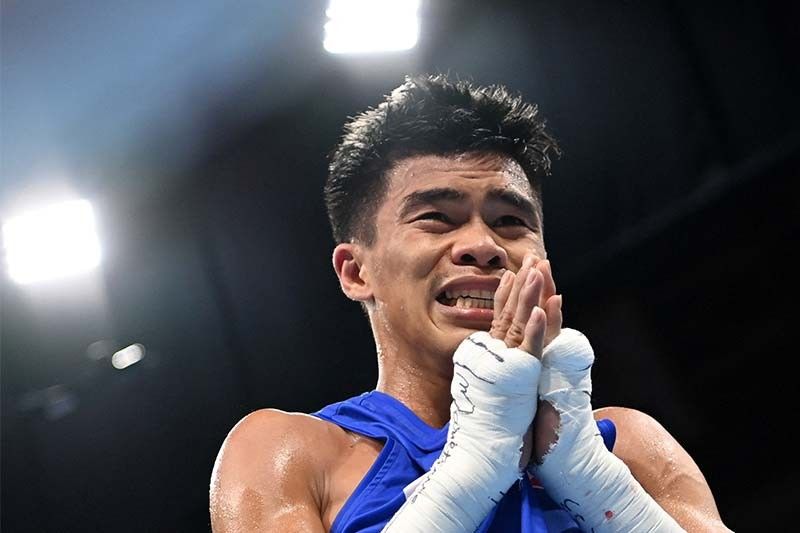 The Filipino pug is assured of at least a bronze medal after a huge win over reigning Olympic champion Shakhobidin Zoirov of Uzbekistan in the quarterfinals.

Giving the Philippines its fourth medal in Tokyo, Paalam thus helped the Pinoy contingent break the record for most medals in one Olympic appearance.

Paalam gained the nod of four judges with 1:16 left in the second round when the fight was stopped due to injuries on both fighters.

The Filipino pug's calculated aggressiveness in the opening round, where he got 10-9s across the board, proved to be enough to give him the win.

He thus gives the Philippine boxing team its third medal, with Eumir Marcial also assured of a bronze.

Paalam will face off against home bet Ryomei Tanaka for a chance to clinch a sure silver in the semifinal set Thursday.

Later today, Nesthy Petecio will fight for the gold against Sena Irie, who's also from Japan.