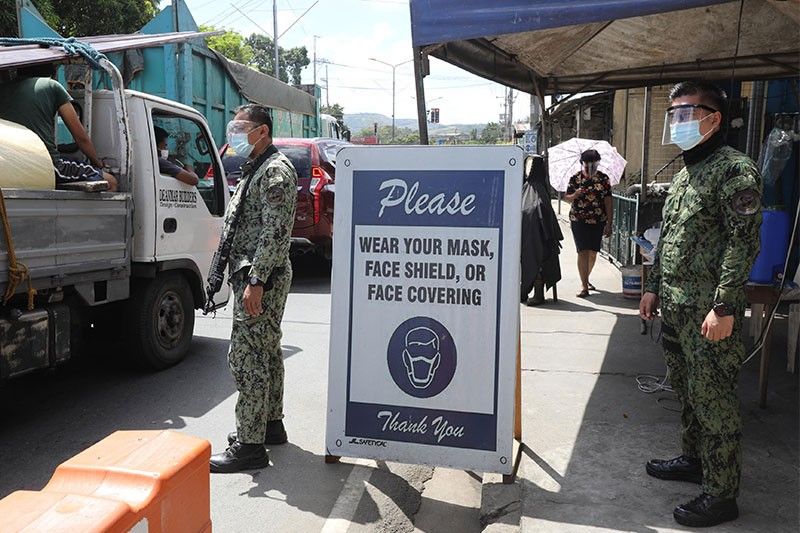 MANILA, Philippines — The government is willing to further reopen some industries in areas under modified enhanced community quarantine (MECQ) to allow more people to work and to address hunger caused by prolonged lockdowns, a cabinet official said.

Cabinet Secretary Karlo Nograles said there is a need to balance public health with the economy and to fight hunger especially in MECQ areas including the National Capital Region (NCR) Plus.

Under MECQ, only selected industries can operate and non-essential movements are restricted. NCR Plus, which is composed of Metro Manila, and the provinces of Bulacan, Cavite, Laguna and Rizal have been under MECQ since April 12. Other areas that are classified as MECQ are Quirino, Abra, Ifugao, Santiago City in Isabela and Zamboanga City.

"In June, we will make adjustments depending on the qualification. If we are classified as MECQ, then we have to look for other industries that we can further open safely so more people can work and more members of the labor force can be hired," Nograles told Teleradyo last Saturday.

"Of course, if the NCR Plus is downgraded to GCQ (general community quarantine), so much more the better so more people can work," he added.

About half of business establishments can operate and up to 30% of venues of gatherings can be filled up in GCQ areas.

Nograles, also the co-chairman of the Inter-Agency Task Force for the Management of Emerging Infectious Disease, said the trade and labor departments would determine what industries can be further reopened in MECQ areas. He noted that dine-in is already allowed in MECQ areas provided that only up to ten percent of the establishment is occupied. Beauty parlors and barber shops have also resumed operations in places classified as MECQ, he added.

"We are more confident in further reopening industries or establishments with safety seals…As an indicator, we have to look at the dine-in, beauty parlors, and barber shops which are heavily (dependent on) labor force or employee generating. We are looking at the industries that will generate jobs. They should have safety seal certification and should be compliant with all safety protocols," Nograles said.

"Even if they are under MECQ, we can gradually reopen them. If we use the dine-in as template, we could allow up to ten percent. If they comply with the safety seal, we could increase it to 20 percent or 30 percent even in MECQ areas," Nograles said in Filipino.

Nograles said it is too early to make an assessment on the quarantine status for June. He admitted that the numbers in some local governments are "worrying" but declined to provide specifics.

"We are observing different LGUs (local government units) to determine if we need to increase their classification or just retain them status. There are LGUs (whose numbers) are worrying right now. The DILG (Department of the Interior and Local Government) is coordinating with them because we are seeing higher utilization rates of ICU (intensive care unit) and hospital beds," the cabinet official said.

"We will make the proper announcements when the time comes," he added.

Nograles said the government would check the COVID-19 daily attack rate, two-week growth rate, and health care utilization rate before deciding on the classifications for next month.