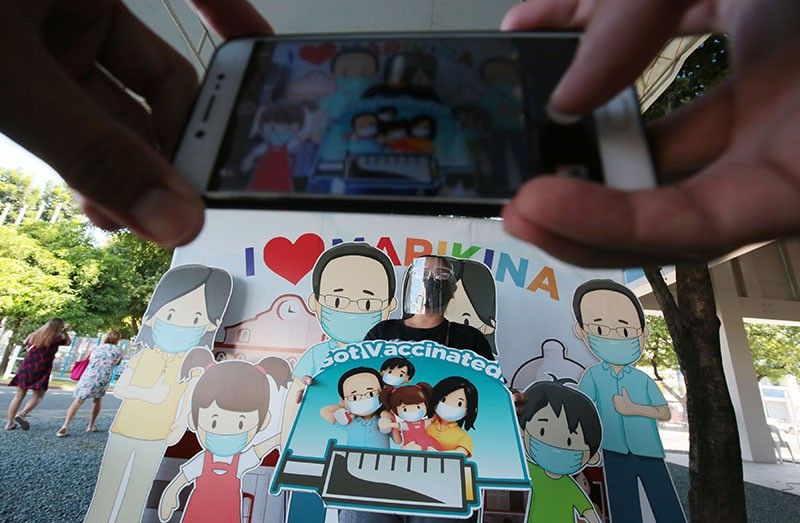 MANILA, Philippines — Government experts have raised the target for herd immunity from COVID-19 to 90% of the population from just 70% due to the presence of coronavirus variants which have lowered the efficacy of vaccines against symptomatic infections.

“Tinataas na po ng mga eksperto natin up to 90% [ang herd immunity target] because of the effect of the efficacy of the vaccines,” Health Undersecretary Maria Rosario Vergeire said in a briefing on state TV.

(Our experts are raising the herd immunity target to 90% because of the effect of the efficacy of the vaccines.)

Vaccines remain effective against severe disease and death, Vergeire said, even if coronavirus variants have lowered their efficacy against symptomatic infections.

With this recalibration, the Philippines is even farther from its dreams of reaching herd immunity as only 12.94% of the population has been fully vaccinated, according to government data as of Wednesday.

The waning efficacy of COVID-19 vaccines in the face of variants have prompted some discussions on administering booster shots to further protect people against infection.

The government is adamant about finishing the vaccination of all priority groups first before giving booster shots, but Vergeire said that the government’s Vaccine Expert Panel has approved these to be given to healthcare workers and immunocompromised people.

However, the VEP’s decision is still subject to the deliberation of other expert panels formed by the government.

The government had long been targeting to vaccinate at least 70% of the population to reach herd immunity.

It initially set this goal to be achieved within the year, only to scrap it in exchange for “population protection,” or the inoculation of 50 to 60 million people by the end of 2021.