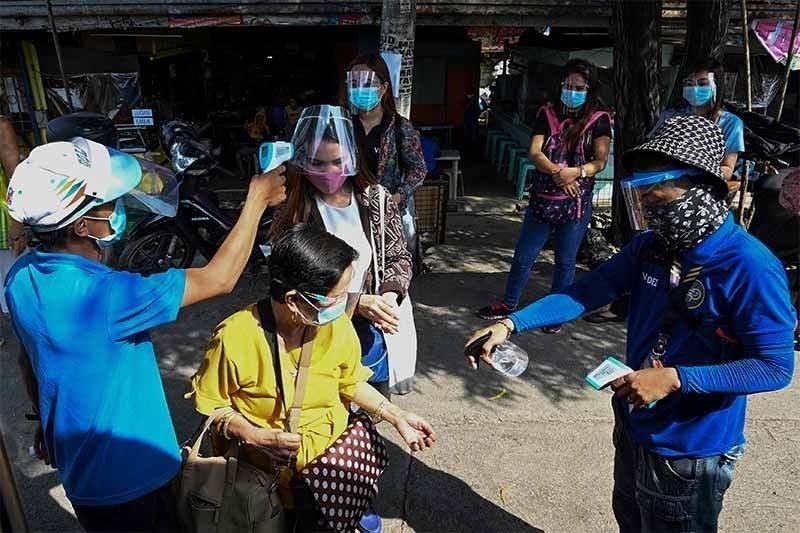 MANILA, Philippines — A health expert is calling on the government to find ways to make different contact tracing systems work together and to also maximize their use.

Dr. Aileen Espina of Healthcare Professionals Alliance Against COVID-19 said local government units and the private sector have been using different contact tracing systems, many of which are mobile apps.

Duque: StaySafe app has ‘almost no impact’ on contact-tracing efforts

"We might as well find ways to make all of these systems interconnected," Espina told Philstar.com in an interview.

In August, Health Secretary Francisco Duque III admitted before a Senate hearing that the StaySafe.ph app has had "almost no impact at all."

The Department of the Interior and Local Government had ordered LGUs to quit using their own contact tracing systems and instead use StaySafe.

"If we wait for StaySafe.ph to level up, it [would be] hard because we are in the middle of the war [against COVID-19]," Espina added.

A Davao-based medical doctor, meanwhile, said the government should shift from using the Staysafe and invest more on hiring contact tracers

"One year of plugging into an application with no success to show for it means if it's not a failure, it's close to one," said Dr. Michael David Sy in an exchange.

He added that contact tracing efforts should be coordinated between LGUs which should only use a single app.

While DILG told cities and provinces to use only the StaySafe app, the doctor shared that they still have their own in Davao City, known as the Safe Davao QR.

The developers of Safe Davao QR said they will integrate theirs with StaySafe.

Some cities in Metro Manila also operate their own contact tracing system, such as Pasig Pass and Mandaluyong's MandaTrack.

Sy believes that in remote places, the most strategic contact tracing lies on teaching the people there on how to do it.

He added it would allow more transparency during a surge in cases, knowing that local contact tracers can be trusted by a community.

For Espina, those in communities with poor to no internet access can implement an SMS-based contact tracing, or through telemedicine.

Areas with no internet connection at all could also put up contact tracing kiosks, catchment areas, or do house-to-house monitoring to collect data, she added.

More than a year into the pandemic, some remain unsure if the StaySafe app truly achieves its goal.

For Patricia Kahanap, a senior college student who has been using it since December, 2020, the app is just an additional hassle as it does not do its job.

"Since then, I haven't received any notification that someone in my area has tested positive for COVID-19." she said.

That sentiment was echoed by Christine Joyce Paras, also a college student living in Iligan City.

She said she has been using StaySafe for eight months now. Its use on other areas also varies, she added: in some, not much but in others such as in Cagayan de Oro, the rollout is strict.

"It depends on the city or authorities if they give importance to this [StaySafe] because mostly, the app is not required to use for strict compliance," Paras continued. — Philstar.com intern Siegfred Aldous Lacerna