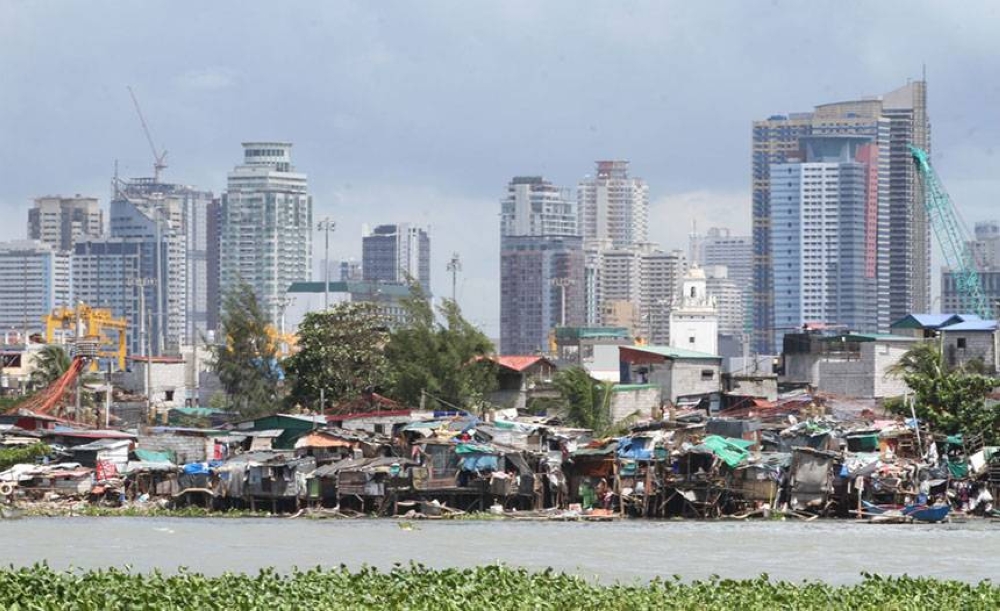 Shanties stand along the Pasig River as the Manila skyline towers of them on Tuesday, Aug. 16, 2022. PHOTO BY RENE H. DILAN

THE increase in poverty incidence in the Philippines due to the punishing economic effects of the Covid-19 pandemic did not come as a surprise, but the actual data released on Monday by the Philippine Statistics Authority (PSA) was nevertheless disheartening. Based on the preliminary results of the Family Income and Expenditure Survey (FIES) in 2021, which is conducted every three years, poverty incidence among Filipinos rose to 18.1 percent, up from 16.7 percent in the previous FIES in 2018.

This figure, which translates to about 20 million Filipinos, is grim enough when taken at face value. What is even more alarming, however, is the likelihood that poverty is actually much worse than the official data indicate, and perhaps worse than government planners realize. Unless they improve their understanding of the true scope of poverty, the economic recovery from the Covid-19 pandemic and longer-term anti-poverty efforts will be difficult to achieve.

The PSA defines the poverty threshold as the minimum monthly income needed by a family of five to meet its basic needs; for the 2021 FIES, that figure was set at P12,030 monthly. In addition, the PSA reports another, extreme poverty threshold, which it calls “subsistence incidence,” or the minimum income needed just to meet basic food needs; that figure is set at P8,379 per month for a family of five. Like the larger poverty threshold, the number of Filipinos falling below this more extreme limit also increased from 2018, rising from 5.2 percent to 5.9 percent in 2021, or about 6.5 million Filipinos.

When the “P12,030” figure was reported by various news outlets on Monday, it was instantly met with derision by the public, with most people taking the view that no family of five could actually live on so little income per month. This public reaction has happened before when previous FIES results were announced, and the response has always been a patient explanation that the figure is not intended as a “real world” indicator, but is a statistical benchmark for policy and planning purposes. In other words, anti-poverty and other social programs use the PSA poverty threshold in determining the population to target.

There is obviously a vast difference between the latter figure and the “official” poverty threshold of P12,030 per month, and the implication of this is that there are millions of Filipinos in poverty who are being overlooked by policymakers. The difference between the two figures — the global benchmark is about 50 percent higher than the Philippines' official poverty threshold is reflected in the consistent difference between the official poverty calculations provided by the PSA, and the results of the regular surveys on “self-rated poverty,” which stood at 43 percent at the end of 2021 (down slightly from 45 percent a year earlier).

Reducing and ideally eliminating poverty is an aspiration of every administration, but no administration will be successful if it does not fully understand the scope of the problem. It cannot possibly do so given the inadequacy of the data indicators it is given to work with under the current model used by the PSA. At a minimum, the PSA should adopt the global benchmark of $2.15 per day, and then take it several steps further, in order to compensate for the inadequacies inherent in any macro-scale indicator. There is a big difference, for example, in what constitutes real poverty in an urban or rural population, and there are regional variations within each of those groups. Gathering this data will obviously come at a cost, but a clear picture of poverty incidence will pay dividends in the long run by helping the government develop more efficient and effective measures against it.