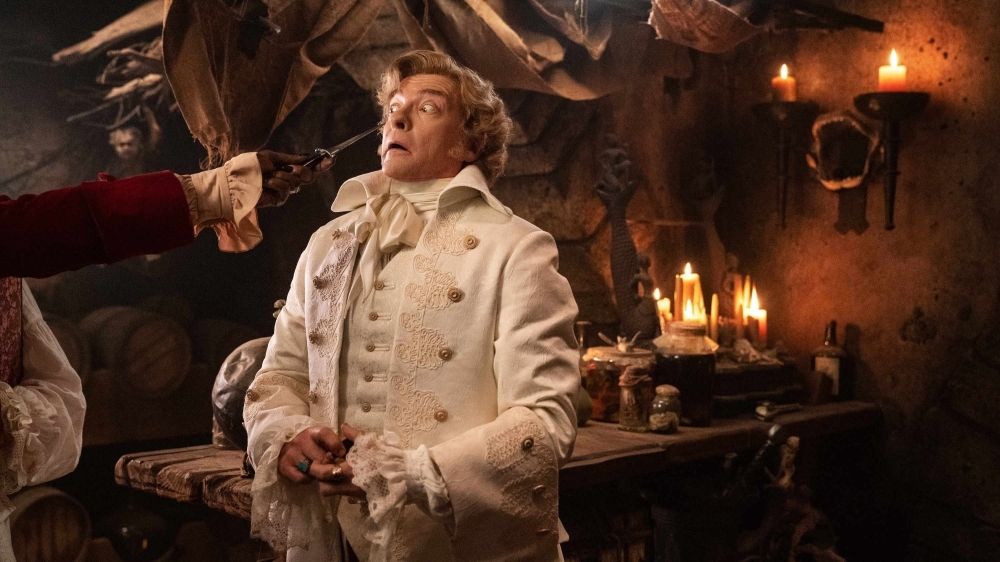 Comfort viewing isn't always available when I need it. Early on in the pandemic, someone directed me towards “Schitt's Creek” and it's steadied me through some really troubled times — so much so that I refuse to watch the last six episodes. I don't want it to end and I just want to know there's always going to be a little more. It's like the last scoop of chocolate ice cream on the planet.

The first is “Somebody Somewhere.” There are seven episodes in the first season, each under half an hour. The show follows Sam (Bridget Everett), a forty-something woman who moves back to her hometown of Manhattan, Kansas to take of her ailing sister, Holly.

After Holly passes away, Sam just sort of drifts — as what happens with many caregivers who suddenly lose the loved one they cared for. She develops a friendship with a co-worker, Joel (Jeff Hiller) at an essay grading center. Joel is so earnest and remembers her as one of the great voices at high school. He persuades her to join this underground cabaret which operates under the guise of “choir practice” at a mall church. You just have to love how this friendship develops and how she is on the cusp of finally forming a little tribe in this little town.

Personally, I'd find it so easy to hang out with the Sams of this world, in her jeans and V-neck shirts and loafers vs. the Carrie Bradshaws (“Sex and the City,” “And Just Like That”) with her perfect hair, fashion game and expensive shoes. Sam is flawed, but so real and even if she can sometimes get snappy, she's ultimately a sweetheart.

Second is “Our Flag Means Death.” It's very loosely based on the an actual figure in pirate history, the aristocrat Stede Bonnet who left his wife, children and very comfortable life for the high seas. He did this with no knowledge of being a ship's captain.

Instead of plundering and splitting the take, we find him in the first episode saying he paid his crew wages — I guffawed a little at this but it turns out, this was not a made up part and was indeed what Bonnet aka “The Gentleman Pirate,” did.

Don't come looking for another “Black Sails” or “Blackbeard.” Or even a “Pirates of the Caribbean” despite this being a comedy. It's definitely got its own personality.

The show is created by David Jenkins; Taika Waititi (“What We Do in the Shadows,” “Thor Ragnarok”) is executive producer, he also plays “Blackbeard” and directs the pilot episode. It's essentially about a man who finds something's not quite right in his life and takes this big leap into the unknown to find himself, to satisfy a great curiosity and really has no idea what he's in for. “Our Flag Means Death” has 10 episodes at under a half hour each as well.

The pirate characters here also might be seen as misfits ashore but on the ship and out at sea is where they find an odd sense of community.

I think I'll forever have a soft spot for the earnest people on the fringes, those “hundred billion castaways looking for a home” to quote that classic by the Police. It does put a smile on my face when, after searching so long, people finally find somewhere they fit in — in real life and in stories.

kkkThe complete first seasons of “Somebody Somewhere” and “Our Flag Means Death” are available on HBO Go Asia. All six seasons of “Schitt's Creek” are on Netflix.