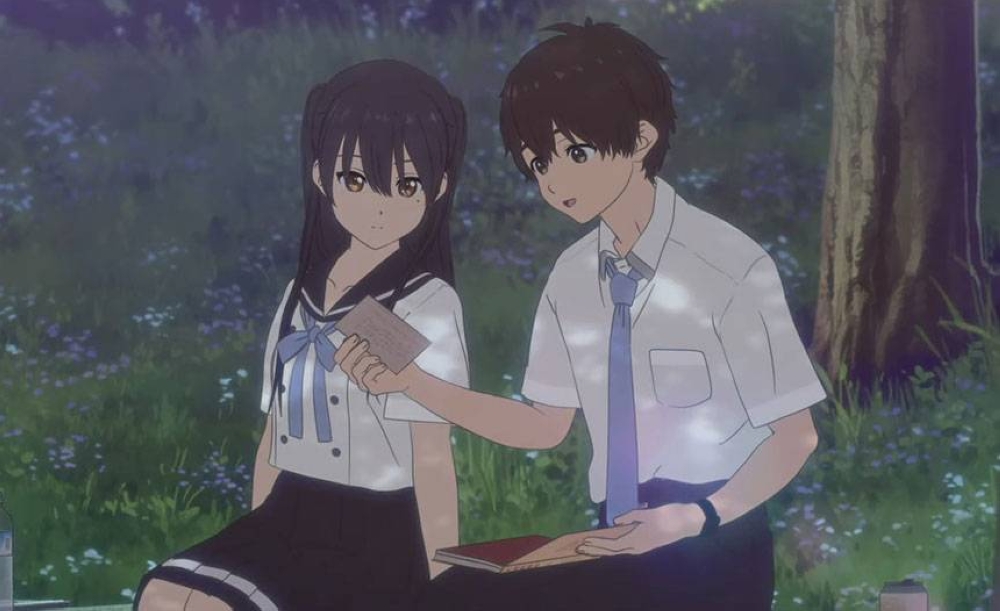 Hello World — set in the year 2027 in Kyoto, Japan — depicts a male high school student named Naomi Katagaki, who meets a man who claims to be him 10 years ago. The latter's the aim is to change the future and save a class-mate, Ruri, whom the younger Naomi starts to date in three months.

The movie is written by Mado Nozaki, best known for the 2017 Sci-Fi Drama “Kado – The Right Answer,” while Yukiko Horiguchi, who was the chief ani-mation director of the anime series “K-On!” served as the character designer. The movie was produced by Graphinica.

The movie opened in Japan in September 2019 and earned around 212 million yen in its opening weekend, leading to a 600 million yen total domestic gross.

Pioneer Films distributed the movie in the Philippines in October 2019.

Aside from Hello World, the 2016 live-action version of “Your Lie in April,” starring Kento Yamazaki (Netflix's “Alice in Borderland,” Live-action “Death Note”) and Suzu Hirose (Live-action “Chihayafuru”), will also air on Black Saturday, April 16, at 9 p.m.

The ABS-CBN-owned cable channel has made a tradition to air anime movies every Holy Week since 2020, such as “Your Name,” “Fireworks,” “A Silent Voice,” and “Maquia: When the Promised Flower Blooms,” all distributed by Pioneer Films.