Here’s a briefer on the uniform Metro Manila curfew 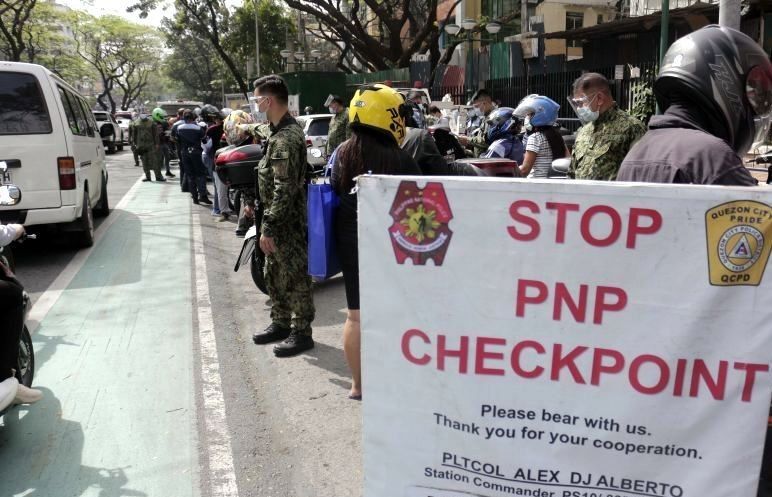 MANILA, Philippines — Metro Manila's 10 p.m. to 5 a.m. curfew is set to be implemented starting Monday, March 15 until the end of the month, though the metro remains under general community quarantine.

"The mission is plain and simple: All police forces will strictly implement the Uniform Curfew Hours from 10 p.m. to 5 a.m. and will ensure that people in Metro Manila observe the minimum health safety standard protocol," Police Lt. Gen. Guillermo Eleazar, who serves as officer-in-charge of the Philippine National Police, said in a statement sent to reporters.

The guidelines come as the Department of Health recorded over 3,500 coronavirus cases for four days in a row, punctuated by 4,899 cases on Sunday afternoon.

Here's what you need to know ahead of the curfew's full implementation.

Where will police visibility be intensified?

Eleazar said that a total of 9,634 cops from the National Capital Region Police Office's five districts will be deployed to "assist" Metro Manila local government units in enforcing curfew and set up 373 checkpoints across the Metro.

The police augmentation forces will come from the Highway Patrol Group, the Reactionary Standby Support Force, and other units.

"Other personnel will be tapped as the need for more police visibility arises," Eleazar said, adding that the existing deployment includes the setting up of more than 373 checkpoints in various strategic areas which will be reinforced by beat and mobile car patrols at the barangay level.

READ: After curfews, checkpoints threaten to stage a comeback

Who are exempted from the curfew?

Local chief executives, however, are free to impose such ordinances as they see fit.

"No more travel authority. Quarantine pass is localized depending on the local government unit," Police Maj. Titoy Cuden of the PNP ASCOTF told Philstar.com in Filipino in a text message.

READ:Confused about the 'Authorized Persons Outside of Residence' policy? Here's a quick guide

Police Brig. Gen. Brandi Usana, PNP spokesperson, also told Philstar.com: "Nothing is being required on the PNP side. [We'll maintain] status quo for now until IATF requires relevant travel documents to be implemented back."

Quezon City Mayor Joy Belmonte in a statement Sunday afternoon told barangays that they are "also advised that they may once again issue quarantine passes to their residents to limit movement."

Police preparations?: According to Eleazar, all policemen will undergo a pre-deployment briefing to reiterate the existing policies especially from the Inter-Agency Task Force on the Management of Emerging Infectious Diseases and the rules on regulations on uniform curfew hours from the Metro Manila Council.

The PNP Administrative Support on COVID-19 Task Force also said it would "ensure the maximum protection of our personnel that would be deployed by providing them with the necessary protective equipment for their safety from virus infection."

"We have been doing this even before the COVID-19 pandemic so I expect our personnel to be fully aware and maintain the protocols that we have been observing in the implementation of curfew and at the same time, the minimum health safety standard protocols," the police general said.

'Respecting authority?': The last time cops were deployed to enforce quarantine rules, over 140,000 were arrested for "disobedience" and violating quarantine. Human rights violations were also well-documented during that time period.

Ahead of the massive police deployment across the Metro, the PNP OIC highlighted the need for mutual respect between Filipinos and police enforcers.

READ: 'By the book': A look at quarantine incidents and police operational procedures

"To the public, we also offer a formula to prevent unnecessary confrontation and spare yourself from arrest: 1. Respect the rules on the observance of the minimum health safety standard protocols; and 2. Respect the authorities that are enforcing these protocols," Eleazar said.

"The keyword here is respect. If we know how to respect one another, I assure you of smooth curfew implementation. Let us always bear in mind that your PNP is not the enemy here, our common enemy is the coronavirus and it takes our cooperation to contain the spread of the virus."

Eleazar: To our personnel on the ground, be reminded of our two (2) rules to avoid unnecessary confrontation with the public: 1. Observe maximum tolerance; and 2. Respect the people’s rights. We will be closely monitoring your compliance. @PhilstarNews

It has been 362 days since enhanced community quarantine was first hoisted. The Philippines is still under the world's longest quarantine.