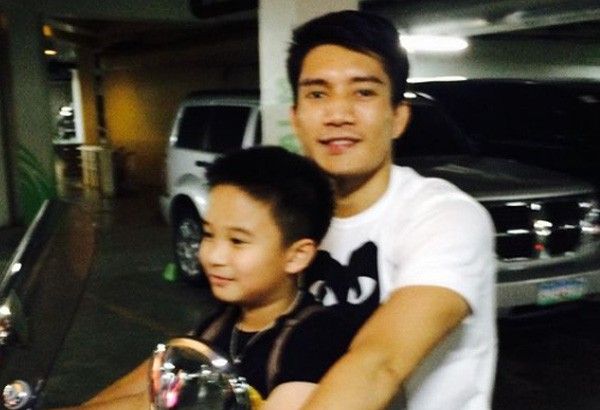 MANILA, Philippines — Basketball star James Yap broke his silence on the sexual orientation of his son with Kris Aquino, Bimby.

In Dolly Anne Carvajal’s recent Inquirer column, James said that his son is not gay.

“I’ve been quiet about the issue that Bimby is supposedly gay. Because I know for sure that he is not gay. I don’t believe in gossip,” James said in Ilonggo.

The Rain or Shine point guard said he knew that his son is a real boy because he was with him until he turned seven years old.

“I was with Bimby till he turned 7, that’s why I know he’s a real boy. Because even when a kid is still young, it’s already obvious if he’s gay. Naintindihan ko si Kris. S’yempre Bimby grew up with her, so of course she reacted to the issue,” James said.

“Since I have a gay son, IC Mendoza, I get ‘migo’ James’ drift. Long before IC 'came out' to me, I already knew he was gay. That’s what a parent’s gut feeling can do,” she said.

In a video released on Kris’ Facebook page, the “Queen of All Media” asked her son “How do you feel, honestly, when you read those comments and they say you’re gay?”