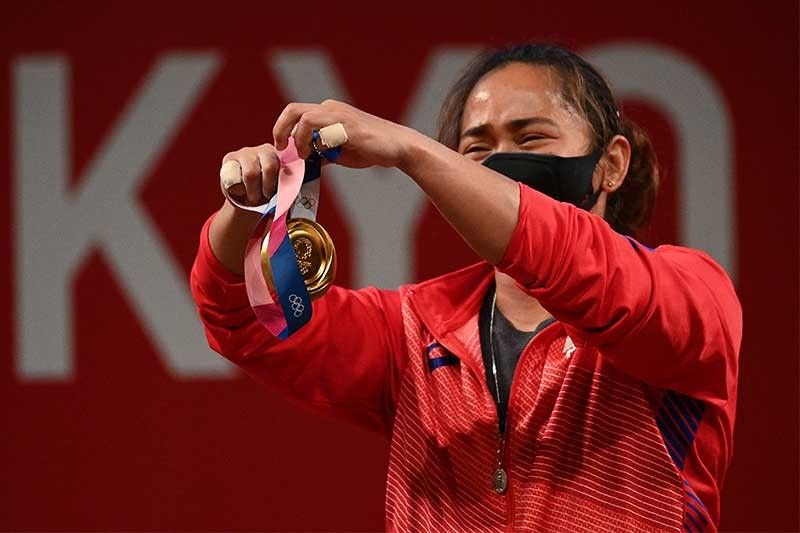 MANILA, Philippines — Hidilyn Diaz became the sports hero of the century for the Philippines after ending the country's gold medal drought in the Olympics.

But before she was able to lift an Olympic record of 127kg in the clean and jerk to clinch the top place in the podium, Diaz needed to overcome both physical and mental challenges.

The 29-year-old looked back on the emotional hurdles she had to surpass to win sports' biggest honor during Under Armour's Webinar on Mental Toughness.

When she had clinched the silver in Rio 2016, the country suddenly had a prospect of ending a 97-year-old gold medal drought.

But unknown to most people, the expectations had put more weight on Diaz's shoulders than necessary.

Fortunately for Diaz, she was able to bear the pressure on her extraordinarily capable shoulders and became the golden girl she is today.

Diaz is set to return to Malaysia later this month to get back to training in preparation for the World Championships in Peru scheduled for November this year.