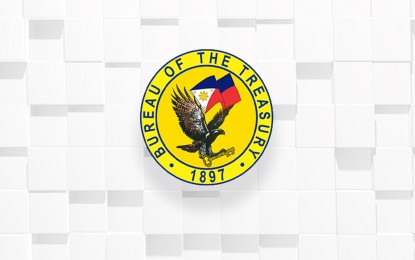 MANILA – The Bureau of the Treasury (BTr) reported Wednesday that the national government’s budget deficit for the first 11 months of the year reached PHP1.069 trillion due to higher government spending while revenue collection was lower than last year.

Budget gap from January to November this year was more than double compared to the deficit in the same period in 2019 at PHP409.1 billion.

For the first 11 months of the year, public spending grew 11.59 percent to PHP3.686 trillion for the government’s “various Covid-19 financial assistance and recovery measures”.

“However, cumulative spending still fell short of the revised program for the period owing to the delayed implementation of some measures under the Bayanihan 2,” the BTr said.

Year-to-date revenue collection, on the other hand, decreased to PHP2.618 trillion this year from PHP2.894 trillion in 2019.

The BTr said despite the lower collection for the first 11 months of 2020, it breached the PHP2.5-trillion revised full-year target.

On the other hand, government expenditures rebounded in November amounting to PHP374.1 billion mainly due to subsidy releases for unconditional cash transfer program and other Covid-19-related assistance in line with the Bayanihan 2. (PNA)