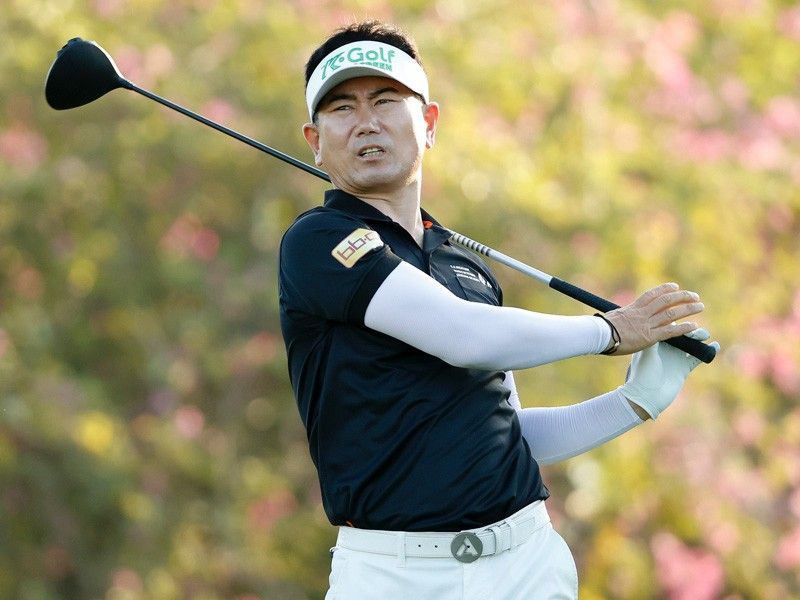 Korea’s Y.E. Yang believes it will not take another 12 years for the region to herald a third major champion following Hideki Matsuyama’s stunning victory at the Masters Tournament last month.

Ahead of this week’s PGA Championship which is the year’s second major, Yang tipped six-time PGA Tour winner Matsuyama to compile more major victories and expects his fellow countrymen such as Sungjae Im and Si Woo Kim to also succeed on the major stage.

Yang wrote golf history in 2009 when he became Asia’s first male major champion by winning the PGA Championship at Hazeltine where he overcame a two-shot deficit in the final round to defeat Tiger Woods in a memorable head-to-head duel.

It strangely took more than a decade before Asia savored another major high when Matsuyama became the first Japanese champion at the Masters, which Yang said he followed every shot of the final round at Augusta National on TV.

“I watched the final round until the final moment. Hideki stayed in control of his game until the end without losing focus. He earned the title to become the first Asian player win at Augusta National, which I want to congratulate him. I believe he can win more major titles and he will have a positive effect on Japanese and Asian golf. Prior to the Masters, I always felt Hideki could win one of majors,” said Yang.

Yang, a two-time winner on the PGA Tour, is preparing to make the transition to PGA Tour Champions as he turns 50 next January and he has kept himself competitive by playing in tournaments on the Korn Ferry Tour and in Asia in recent times.

“Twelve years have passed since the first Asian win in a major and Hideki subsequently won. I really think more Asian players will go on to win major titles now. Players who can potentially win are Sungjae Im, Siwoo Kim, Byeong Hun An and K.H.Lee. They are potential candidates to be our next major champion,” said Yang, who earned the nickname Tiger-tamer following his historic victory over Woods.

“As for Hideki, now that he has already won the Masters and several other PGA Tour tournaments, I can only see him setting a record for most PGA Tour wins by an Asian player as long as he keeps his focus on the game.”

Twelve years may be a long time but Yang has vivid memories of his great triumph over Woods.

“It’s been more than 10 years now that I competed against Tiger and won. That event will always stay in my memory for a very long time. It will be one of my career highlights for sure,” he said.

Yang is confident he can compete against the other legends of the game on PGA Tour Champions. He should receive a number of exemptions next year through his success on the PGA Tour.

“If I get onto PGA Tour Champions, I will be one of the younger players. And for that, I will try my best to make every event count and perform well. When I play on the PGA Tour and Korn Ferry Tour, I do feel I’m not the same like during my younger days. I hope to be more competitive on Champions.

“I’ve enjoyed my time on the PGA Tour where there were some ups and downs. But I feel very proud with my success and have great pride and joy,” said Yang, who has made 192 starts on the PGA Tour and earned close to $9 million in prize winnings.