Share
Manitoba·New
They’ve been working toward the dream of a U.S. hockey scholarship for years, but as COVID-19 has stalled their final Junior A seasons, some Canadian players are worried their window of opportunity is closing.

For some in Canada, this is their last year of eligibility to play Junior A

They've been working toward the dream of a U.S. hockey scholarship for years, but as COVID-19 has stalled their final Junior A seasons, some Canadian players are worried their window of opportunity is closing.

"I think that was an attainable goal for me, so it affects the course of my life very drastically. It's kind of everything I've worked for since I was four years old," said Jordan Naylor, a 20-year-old goalie with the Nanaimo Clippers of the British Columbia Hockey League, which comprises Junior A players.

It's his last year of eligibility for junior hockey, which includes players between 16 and 21 years of age, and his last opportunity to line up a university scholarship.

"I can't picture myself not being a hockey player, not being in the dressing room with my friends, not winning, not losing with them," he said.

"Hockey is my life. I love it so much. I wouldn't be who I am right now without hockey."

Naylor's team managed to squeeze in a few exhibition games before British Columbia shut down hockey.

Recruiting not possible in Canada

Scouts and coaches spend hours watching players as part of their recruiting process, but that's not possible now in Canada. Meanwhile, athletes here are competing for spots on U.S. university teams with Americans, many of whom are still playing during the pandemic.

"I'm not one to usually be stressed out, but, yeah, this year's been very stressful. When you can't do what you love is one thing and then when you can't attain your goals that you've worked so hard for is another thing," Naylor said.

Josh Kagan of Winnipeg is in the same position, although his BCHL team, the Powell River Kings, didn't get to play a single game this season.

Kagan, a 20-year-old defenceman, was also on the radar of several American schools, and he was counting on this season to get some offers.

"I worked through three to four months of the summer kind of preparing myself for this and giving myself the best opportunity. I feel as though it's been taken away from me without much of any control. And there's nothing I can really do about it at this point," he said.

Players at all age groups and skill levels are facing the problem of having no season due to COVID-19, said Kagan's father, Jamie.

"There's the 20-year-olds who can't play after this year. There's the 17-year-old who doesn't have a Junior A commitment. He's done. There's the 18-year-old girl who, if she doesn't get a university, she's done," he said.

Jamie Kagan has written a letter to Hockey Canada asking for the age groups to be frozen, which would allow players facing eligibility cut-offs to play another season.

Hockey Canada hasn't yet responded to Kagan or requests for comment from CBC News.

However, the governing body recently did a national survey that found 45 per cent of hockey parents are worried about the mental health of their children who are without organized sports this year. 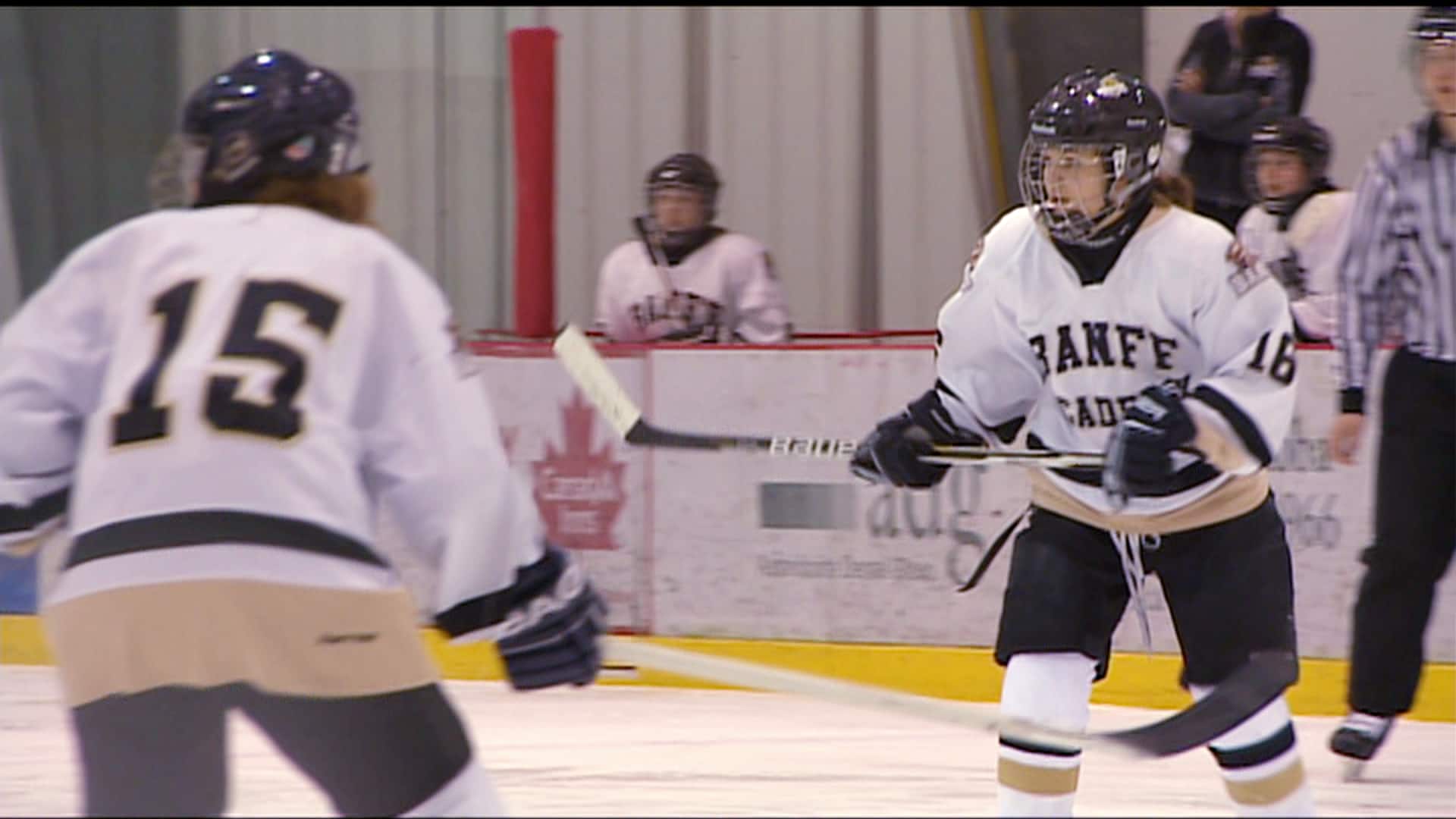 Sports psychologist has tips to help athletes cope in pandemic

Winnipeg sports psychologist Melanie Gregg says players should stick to a regular training routine to survive the loss of team sports due to COVID-19.3:58

"It's a really difficult challenge right now for the athletes to stay connected and feel as though they belong to a team," said Melanie Gregg, a professor of sport and exercise psychology at the University of Winnipeg.

"It's also part of their identity. So they might identify themselves as a hockey player or a basketball player. And in some ways, it's like an athlete retiring from sport with an injury where they don't have a choice in the situation. It's something that's being forced upon them."

Gregg said she recommends keeping players in a regular training routine and encouraging them to work on other areas that will help their performance, such as core strength, cardiovascular fitness, nutrition and the mental side of the game.

"Working on being more mindful, developing some techniques to manage anxiety that you can use for sport but also outside of sport. Doing things like mental imagery, so imagining yourself back in the game and competing and what it's like to be around your teammates," she said.

"Something that gives a little bit of direction and purpose so that the kids can feel a little bit more in control."

'We're all in the same boat right now'

Players should also understand that losing one season will not doom their chances for success, even if they are in a draft year, said Winnipegger Scott Coates, who scouts for the Edmonton Oil Kings of the Western Hockey League and the Virden Oil Capitals of the Manitoba Junior Hockey League.

"Kids develop at different rates, and we have to realize that even in the Western Hockey League and in Junior A … probably 20 to 30 per cent of the rosters are kids that were never drafted," he said.

Hockey leagues across the country have drafted return-to-play protocols and are waiting to hear when public health authorities will allow them to restart. The BCHL, for example, has moved the start of its regular season to the week of Feb. 8, while the MJHL has developed a Restart Action Plan.

Most have developed scenarios for a shortened season and some may extend it, as well as provide off-season opportunities to develop and showcase players.

Meanwhile, the WHL has rescheduled its 2021 draft from May to next December, giving scouts a little more time to evaluate players. The Ontario Hockey League is also considering moving its draft from April into June.

"In Canada, we're all in the same boat right now. Even though maybe Alberta, B.C. had a little bit more time on the ice than we [in Manitoba] did, I don't see that being as big [an] issue as everyone is making it out to be," Coates said.

"I think the resiliency of kids is going to make them come back a little bit quicker and with the ability to recover fairly fast."

That may be true, but older players like Jordan Naylor and Josh Kagan worry that for them, it may be too late.

They say that with the NHL starting up again, it shows it's possible to play in a safe manner, including putting themselves in a very small bubble.

"There's a lot of 16-to-20-year-old kids who would sacrifice anything, including going out on weekends — which nobody does anymore anyway — but we'd sacrifice anything to be able to play 20 or 30 more hockey games," Naylor said. "Those could be our last 20 or 30."

With files from Cameron MacIntosh