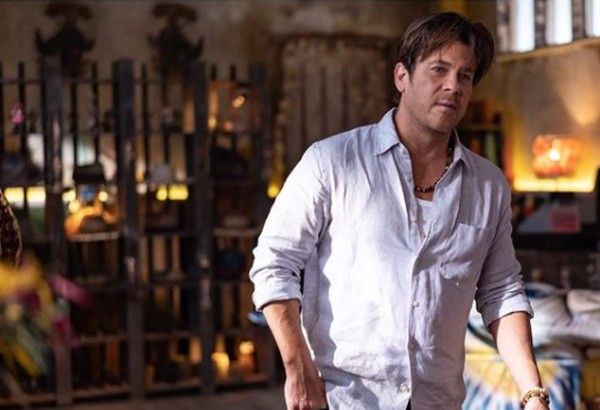 During a recent virtual press conference for the series, Christian said he was first intimidated to be in Cebu because he was the only American.

“My favorite moment in Cebu is getting there and being so nervous that I’m the only American there. You know, maybe they look at me different, you know. And they never did and that’s the best memory of me about Cebu,” he said.

The actor, who is also the lead singer of the country-southern rock band Kane, said he wanted to go back to Cebu because he left a “family” there.

“That’s why I wanted to go back so bad because I left a family there. I left in Cebu more family more than I ever had in my entire life. I left Philippines, I should say. That was my best memory,” he said.

Like in the previous eight episodes, the Filipino cast and crew of the American crime drama series promise world-class entertainment in the final two chapters in the story of former US secret agent Alex Walker played by Christian, who was drawn back to his old life after retiring in the island paradise of Cebu.

According to ABS-CBN International Production and Co-Production Division Head Ruel Bayani, the company really wanted to show the world the quality of content made by Filipinos through this project.

Behind the camera, “Almost Paradise” showrunner Dean Devlin, the Chief Executive Officer of Electric Entertainment and famous Hollywood producer of films like “Independence Day,” “Godzilla,” and “The Patriot” also worked with a Filipino staff and crew. Moreover, the program has four Filipino directors in Dan Villegas (Episode 4), Francis Dela Torre (Episode 3 and 7), Hannah Espia (Episode 6 and 9), and Irene Villamor (Episode 8).