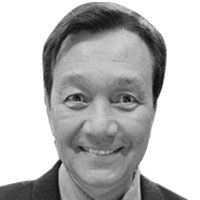 Within the next three years, let’s hope and pray that this pandemic will have been contained, paving the way for the Paris Olympics witnessed by a live audience in 2024. It was a challenge to stage the Tokyo Games this year but the IOC and the organizing committee managed to deliver a strong message that humanity wouldn’t be cowed into submission in battling a global menace through a courageous display of sports excellence under difficult conditions.

Here are nine hopes for Philippine sports in the 2024 Olympics:

• Win at least two gold medals. Weightlifter Hidilyn Diaz marked the Philippines’ breakthrough in Tokyo after 21 previous Olympic appearances without a gold. Two golds in Paris would be a record.

• Diaz competes in her fifth Olympics. The record for most Olympic appearances is held by shooter Martin Gison who competed in 1936, 1948, 1952, 1956 and 1964. His best finish was fourth in the men’s 50-meter small-bore rifle event in 1936. Diaz was 17 when she was an Olympic rookie in 2008. Diaz is one of only two Filipino athletes to bag two Olympic medals. She did it with a silver in 2016 and a gold this year. Swimmer Teofilo Yldefonso claimed a bronze in 1928 and another in 1932. Diaz, 30, will tie Gison’s record for most Olympic campaigns if she performs in Paris.

• Philippines represents Asia in basketball. The country hasn’t played basketball in the Olympics since 1972 but still holds the record for the highest finish by an Asian nation – fifth in 1936. If the Philippines ends up as the highest-placed Asian country in the 2023 FIBA World Cup, it will automatically qualify for the Paris Games. That’s how Iran earned a ticket to Tokyo. At the 2019 FIBA World Cup, Iran wound up No. 23 and outranked the other Asian countries – No. 24 China, No. 26 South Korea, No. 28 Jordan, No. 31 Japan and No. 32 Philippines – in the final standings.

• Boxing hits paydirt. Of the Philippines’ 14 Olympic medals, boxing contributed eight, including three silvers. In Tokyo, Nesthy Petecio and Carlo Paalam reached the final but fell short of the gold. It would be Philippine boxing’s crowing glory if in Paris, the sport brings home a gold.

• Yuka lands a podium finish. This year, Yuka Saso was ninth in women’s golf in Tokyo, storming back from +3 in the first round to eventually card a -10. If she only had a start as blistering as teammate Bianca Pagdanganan’s, Saso could’ve pocketed an Olympic medal. She’ll be only 23 in Paris and ripe for another shot at the dais.

• Junna in her Olympic debut. Fil-Japanese Junna Tsukii, an Asian Games silver and SEA Games gold medalist, failed in a bid to make it to Tokyo, dropping a 2-1 heartbreaker to Bulgaria’s Ivet Goranova in the Round of 32 at the world karate qualifiers despite a glowing run-up. A few days ago, Tsukii was back to her winning ways in capturing gold at the Karate1 Premier League in Cairo. If she improves her world ranking and continues to shine, Tsukii could be on her way to Paris where she’ll be 31.

• Obiena, Yulo bounce back with a vengeance. Pole vaulter E. J. Obiena and gymnast Caloy Yulo reached the final of their events in Tokyo but didn’t take a medal. They’re sure to qualify for Paris and this time, with more experience, they’ll be up to the task and bring home a medal. Obiena will be 28 and Yulo 24 in Paris.

• POC, PSC stay solid together. The sky’s the limit if the POC and PSC continue to work closely together with a common direction as they did when the Philippines copped the overall championship at the 2019 SEA Games and produced the richest Olympic harvest of four medals in Tokyo. A strong partnership will mean a stronger performance in Paris.