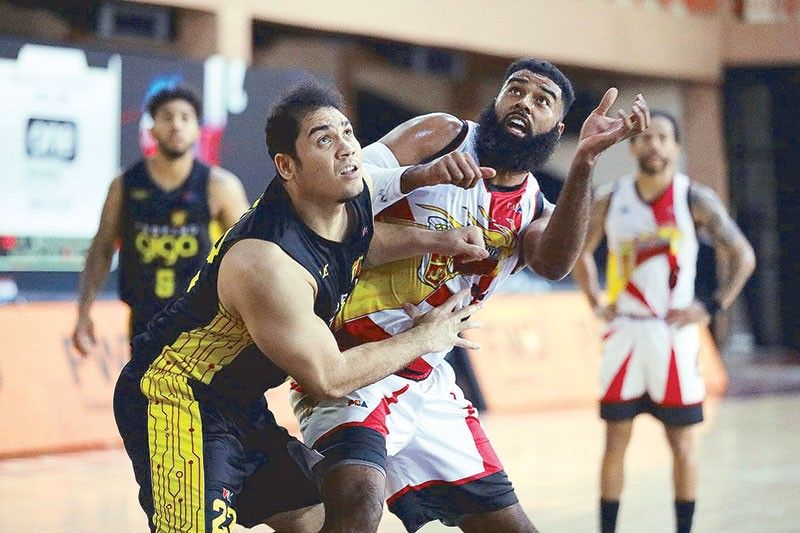 Determined not to give the Bolts a lifeline, the Hotshots put up a huge effort to close out the best-of-seven semifinal series, 93-85, last night at the DHVSU Gym in Bacolor, Pampanga.

The Hotshots didn’t waver despite facing an early 11-point disadvantage, patiently working their way back in Game 6 and building momentum for a strong final push.

With their 4-2 disposal of Meralco, the Hotshots returned to the Last Dance after getting the boot in the quarterfinals last year. They previously challenged for the league’s crown jewel in 2018 and 2019, losing both times to five-peat-winning SMB.

Coach Chito Victolero and his charges now await the winner of the other Final Four encounter between TNT and San Miguel Beer, which is tied at 3-3.

Magnolia secured the clincher with ace gunner Paul Lee held to four markers. Rome dela Rosa stepped up with 16 laced with four three-pointers to back up Ian Sangalang’s 19 points, 14 rebounds and six assists.

Hell-bent on keeping their title drive going, the Beermen struck back against the Tropang Giga, 103-90, to force sudden death.

After falling behind early in Game 5 and yielding a 90-110 blowout, San Miguel Beer deployed its “Death 5” to take command of the must-win sixth match right out of the opening tip.

From an initial 14-4 tear, the playoffs-savvy Beermen stretched their margin to a high of 46-30 in the second and 84-58 in the third en route to a 3-3 deadlock in the race-to-four setto.

SMB, the former five-peat All-Filipino champ which unceremoniously relinquished the crown in the quarterfinals last year, and TNT, which took runner-up honors to Ginebra in 2020, will dispute the second finals berth tomorrow.

“Our experience came in handy. In these kinds of situations, we know what to do. We know this was a do-or-die for us and fortunately, we had a good start and sustained our energy,” said SMB coach Leo Austria, whose charges are looking to break the trend in the back-and-forth series in Game 7 to advance.

“Since the start of the series, it’s been a see-saw – we beat them then they beat us and so on. Now it’s a matter of who wants to win the rubber match more on Sunday.”

June Mar Fajardo, with 14 boards and 11 markers, and Arwind Santos, with 13 markers and 10 caroms, each posted double-double outputs for SMB, which dominated the battle off the boards, 59-45, with a 19-12 edge in the offensive glass.

The Beermen had 48 inside markers against TNT’s 26 and converted 10 more second-chance outputs than TNT’s 14.

Already disadvantaged in size, the Tropang Giga’s frontline woes worsened with Glen Khobuntin ejected after getting slapped with two separate technical fouls in the third period.

Share
Previous La Niña’s back. Here’s how it will affect the weather
Next The latest on the coronavirus outbreak for Oct. 14