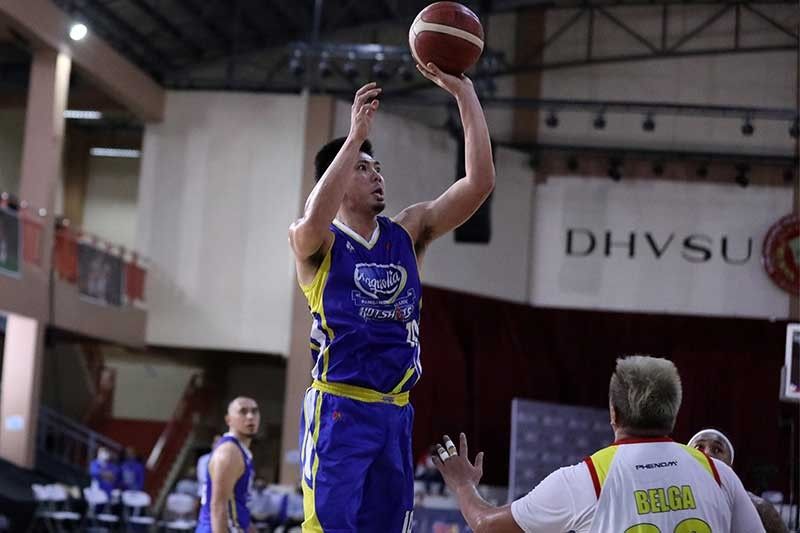 MANILA, Philippines — The Magnolia Hotshots were able to hold off a pesky Rain or Shine Elastopainters side in Game 1 of the PBA Philippine Cup quarterfinals, 81-70, at the DHVSU Gym, Bacolor, Pampanga on Sunday.

Led by Ian Sangalang and Paul Lee, the third-seeded Hotshots fended off a tough challenge from the E-painters until the final salvo.

Rookie Leonard Santillan became a key player for Rain or Shine when he helped bring his team back within striking distance in the fourth period after trailing by as much as 13 points.

The Hotshots outscored the Elastopainters, 23-8, in the third quarter to create enough space in the next period to take the win.

Santillan would cut the lead to just two possessions in the middle of the fourth quarter.

But Sangalang and Lee were able to convert on key offensive plays to create breathing room anew.

Sangalang posted a double-double of 19 points and 13 rebounds.

Santillan paced the Elastopainters with 17 points and 12 boards.

The San Miguel Beermen and the Northport Batang Pier play in the second best-of-three quarterfinals series at 4:35 p.m.

Share
Previous PNPA told to review protocols after cadet dies from punches
Next Robredo: No need to use military ‘scare tactic’ for every policy