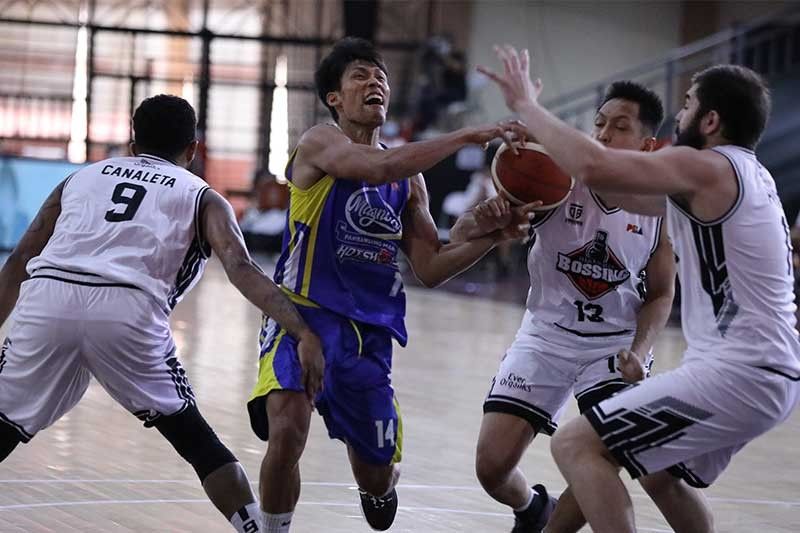 MANILA, Philippines — The Magnolia Hotshots bounced back from their first loss of the Philippine Cup against the Meralco Bolts with a 94-78 drubbing of the Blackwater Bossing at the DHVSU Gym in Bacolor, Pampanga on Friday.

After trailing by double digits early against the listless Bossing, the Hotshots recovered with a huge second half where their lead ballooned to as big as 19 points.

Five Hotshots finished in double digit scoring led by Ian Sangalang and Mark Barroca who had 16 points each.

Calvin Abueva chipped in with a double-double of 14 points and 10 rebounds.

For the Bossing, it was Kelly Nabong who paced the offense with 19 points.

The Hotshots thus improved their record to 5-1 while the Bossing remain winless in six outings.