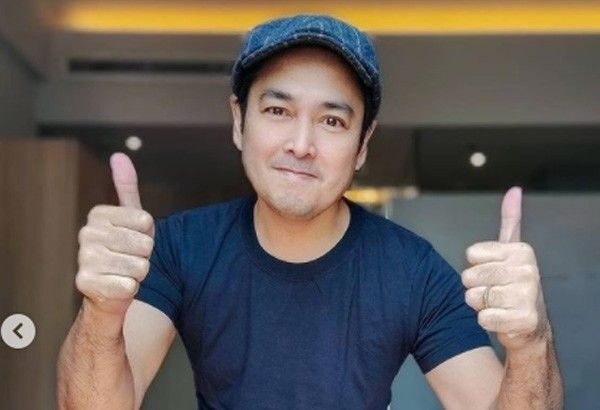 MANILA, Philippines — Actor Cris Villanueva revealed that he and his family survived COVID-19.

Cris initially thought he will lose the battle against COVID-19.

"Parang feeling ko talaga mawawala na ako. Gusto ko na magbilin. Pero you see, a lot of people were praying for me. A lot of my friends were, a lot of my family members were,” he said.

The versatile actor shared that thankfully, his family was never isolated with each other since they all got the dreaded virus.

He professed that he and his family didn’t know where they got the virus so he advised the public to be extra careful.

Maris Racal and Cris Villanueva topbill “MMK”’s Father's Day special this June 12 and 19. For 20 years, all Jai (Maris) wanted was to find her father. Even if her mother and stepfather love her, she still feels an emptiness in her life. When she found work as a crew in delivery service, she used the opportunity to search for her father while working.

Don’t miss “MMK” on Kapamilya Channel at A2Z, Kapamilya Online Live YouTube channel, ABS-CBN Entertainment Facebook page, and iWantTFC. For viewers outside of the Philippines, catch it on The Filipino Channel on cable and IPTV.

Share
Previous Is the 5-second rule true? 4 habits we need to change when snacking
Next Identifying children’s remains at B.C. residential school stalled by lack of records

Health in a digital space

Plana’s Pantry: Home-Cooked Meals That Will Warm Your Hearts

Plana’s Pantry is all about family, delightful food, and good relationships. It is owned and …