Share
Canada
Family and friends of victims of Ukraine International Airlines Flight 752 describe their legacies, and how cherished memories continue to be held close. 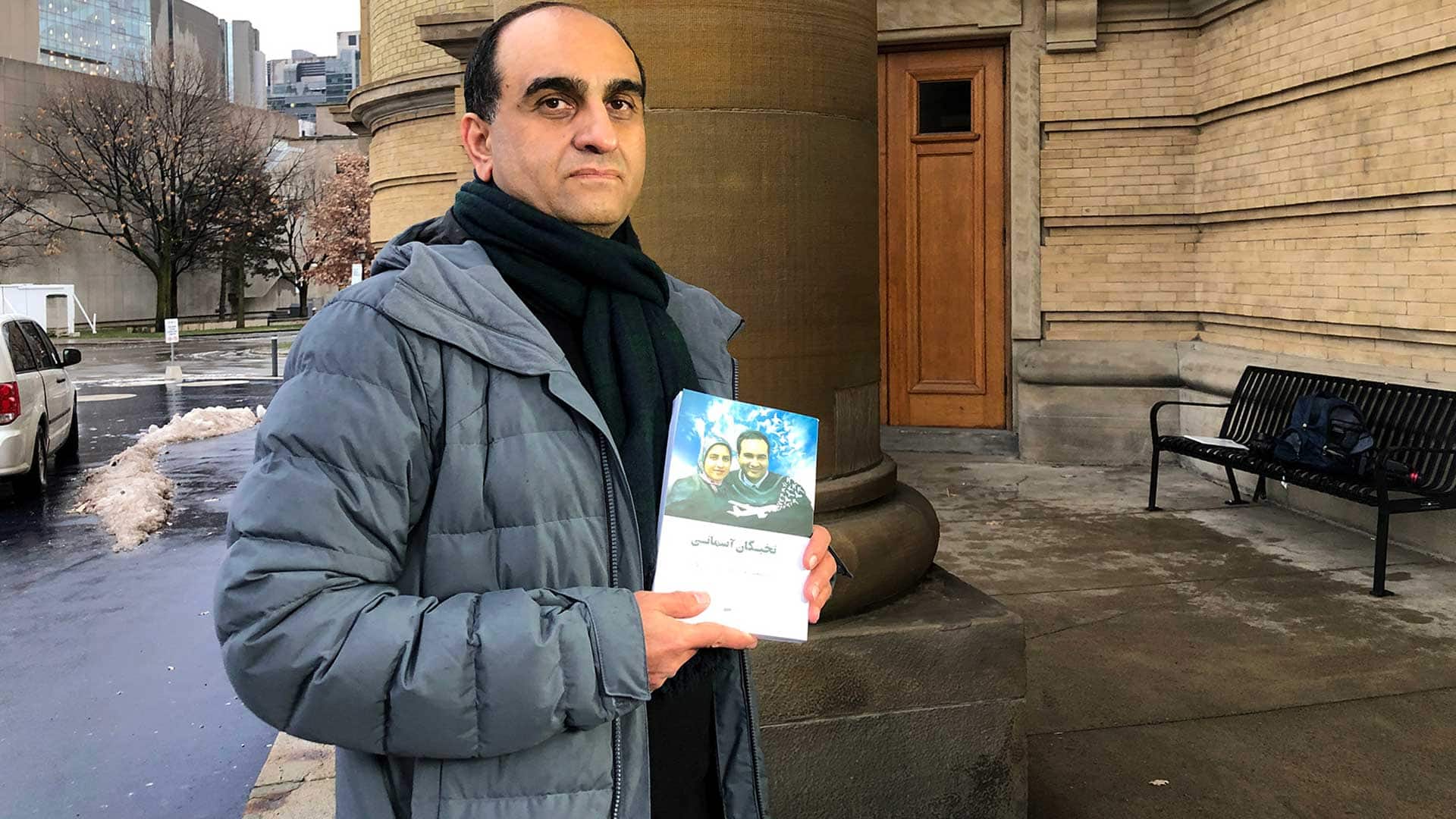 One year after Ukranian Airlines Flight 752 was shot down by Iran, families and friends of some of the victims with ties to Canada reflect on the loss of so many vibrant lives and how they’re remembering them.7:07

Twelve months after an Iranian missile shot down a plane carrying 176 people, including 55 Canadians and many others with strong ties here, people are honouring and remembering the victims in their own ways.

CBC's The National spoke to family and friends of several of the victims of Ukraine International Airlines Flight 752 about their legacies, and how cherished memories continue to be held close.

Marzieh Abaspour makes weekly visits to the memorial built along the waterfront in Windsor, Ont.

"I usually come here with flowers, and I put the flowers on their bench and sit there and talk to them."

Abaspour lost her older brother Mohammad and his wife Zahra Naghibi on Ukranian International Airlines Flight 752, but she still feels the pain like it was yesterday.

"Every place we go we have memories with them," she said, through tears.

The 34-year-old engineering student had moved to Windsor with her husband in 2019 at the encouragement of Mohammad and Zahra.

Marzieh Abaspour and her husband had been in Canada for only four months when her brother decided to head home to Iran over the Christmas holidays.

On the day her brother and his wife were to return to Canada, Abaspour recalls hearing the news that a plane had crashed in Iran. Just hours earlier, she had talked to him and offered to pick him up from Toronto's Pearson Airport, but he'd insisted she didn't need to make the four-hour drive.

"I checked the flight tracker site and I could see the flight is on the way. I couldn't believe that was their plane that crashed," Abaspour recalled, sobbing.

But soon she would confirm with family in Iran that her brother and sister-in-law had indeed been on that flight.

A year later, Abaspour walks the riverfront with her husband regularly, visiting a newly installed memorial dedicated to five victims of the crash who called Windsor home. A tree planted in their memory is a fitting tribute, says Abaspour, for the couple who loved nature.

"My favourite memory with them [is] every year we had a place in Iran, it was a special place on the mountain," she says, remembering their annual trips to their hometown of Filband.

In one of Mohammad's instagram posts he wrote: "I hope in my next life I will be a bird living in Filband." 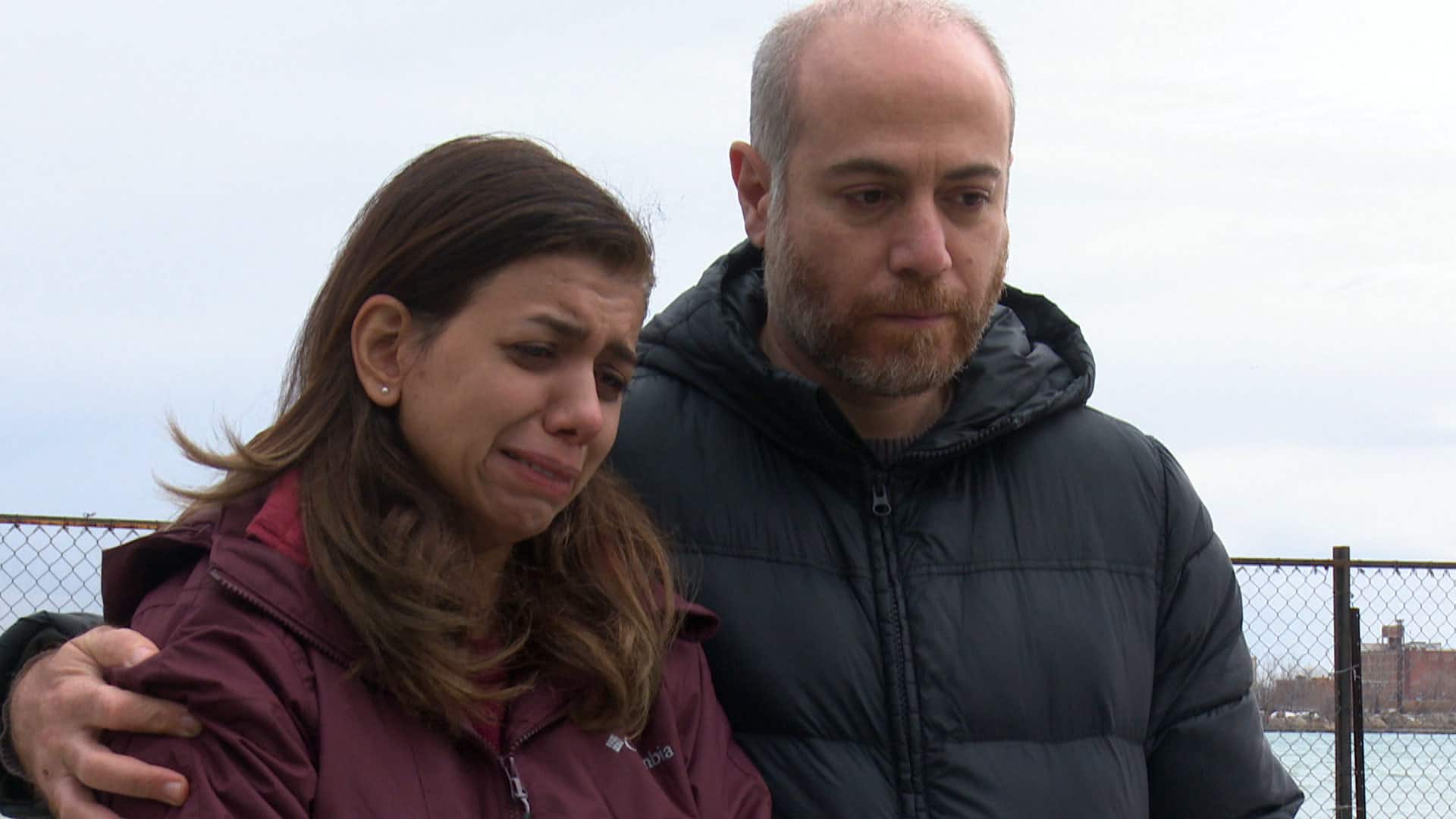 Marizeh Abaspour visits the memorial in Windsor, Ont., dedicated to the victims of Flight 752, including her brother Mohammad and sister-in-law Zahra Naghbibi.0:45

She touches a plaque engraved on a bench, speaking a few words to her brother and sister-in-law.

"I miss them," she said. "We had lots of fun here together in the same place. And I want to meet them again somewhere."

Abaspour hopes to create another plaque describing her brother and sister- in-law, maybe with a photo, so everyone who visits knows who they are.

Shayesteh Majdnia has no specific place to visit to remember her late friend, Dr. Shekoufeh Choupannejad. Instead, Majdnia honours her by giving back.

"[She was] always a kind, giving person. This is how I remember Shekoufeh," Majdnia said.

The Edmonton doctor was killed aboard Flight 752, along with her adult daughters, Sarah and Saba.

Majdnia says the OB-GYN was known in the community for her generous spirit, often opening her door to Iranian women who were dealing with language barriers while trying to access medical care.

"I would pick up the phone and ask her, 'do you have time to see a community member, a newcomer in the city?' And she would say, 'If I don't have the time, I'll stay longer in my clinic,'" Madjnia recalled.

"For me to keep her legacy, I thought the best way is to live the life that she lived once." 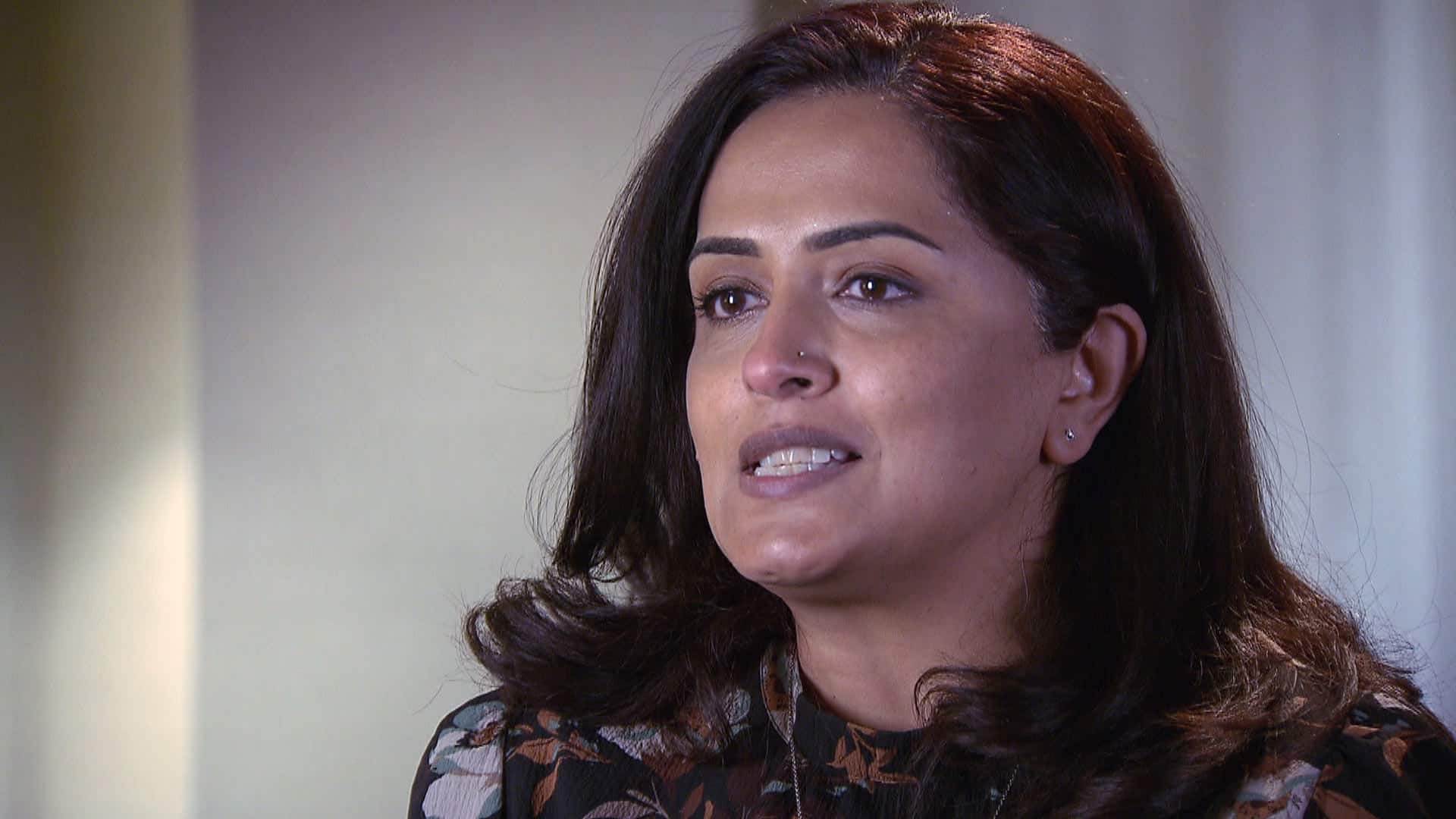 Shayestah Madjnia honours the legacy of her friend Dr. Shekoufeh Choupannejad by giving back to the community, in memory of her friend's generous spirit.0:33

A well-known fundraiser in the community, Majdnia set out to help 29 families in need over the holidays, in honour of the 29 children killed aboard Flight 752. She has now helped more than 200 families, organizing sponsors to donate holiday hampers.

"If she was still with us, I am 100 per cent sure she would be the first one to donate," Majdnia said.

Among the 29 children on Ukraine International Airlines Flight 752 was 8-year-old Elsa Jadidi.

"When I heard the yelling and screaming from the teacher's area, I ran there and I was asking, 'What's the commotion? What's going on?,'" recalled Elsa's principal, Majida Saab. "They told me, 'We think Elsa and her mom were on that plane.'"

News of the third grader's death was devastating to both teachers and students at the small private school in Scarborough, Ont., where Elsa is remembered as a kind and generous little girl with a bright smile.

"I've been a teacher for more than 20 years, and you see so many brilliant kids," Saab said. "But there are some students that will actually stand out and you'll remember them forever. Elsa was one of those stellar students."

Elsa's name is now engraved on an award, given to a student who embodies the same qualities that made her so special.

"We wanted to create a lasting tribute for our dear Elsa, and to ensure that her amazing qualities and her memory will be celebrated, and those qualities can be recognized for many years to come," Saab said.

The inaugural recipient, 10-year-old Abbas Muhammad, said he wished he'd had a chance to know Elsa better, having only seen her in passing through the hallways at school. 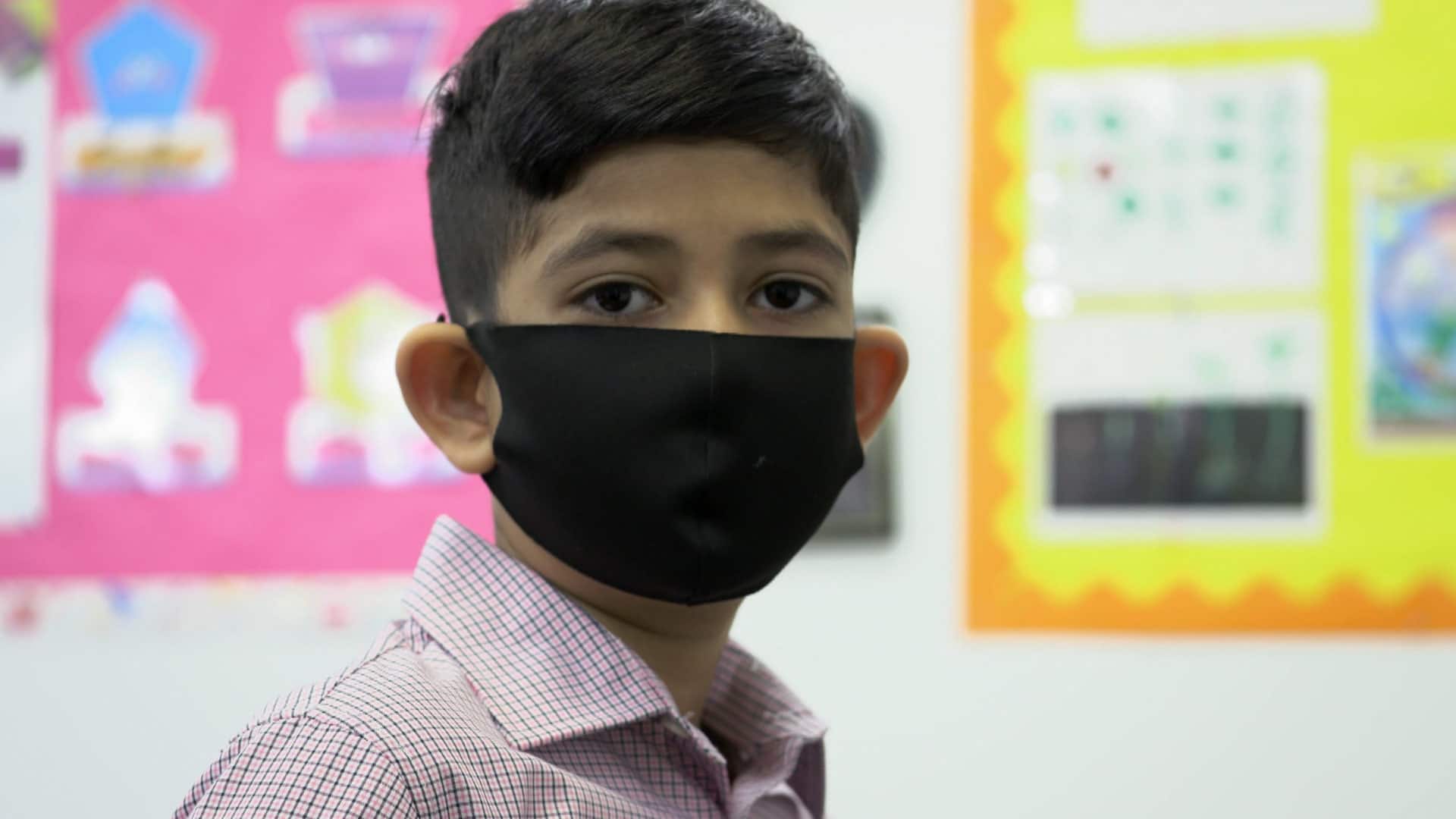 "I heard that she was a good student, and she behaved," he said. "She was kind and caring."

While he sometimes feels sad thinking of Elsa, the fifth grader says he is proud to be named in her company.

"It makes me feel good that I am a good student [like her], I do all my homework, and I behave well," he said.

Many of the victims aboard flight 752 were brilliant young students, with so much life and promise still ahead of them. Among them were 23-year-old Mohammad Asadi-Lari and his younger sister Zeynab, both students at the University of Toronto.

"They were working for the betterment of the communities and they were thinking of those who are vulnerable," said Dr. Bijan Dastgheib, remembering his cousin's children as outstanding students who had achieved so much at their young ages.

"Both of them wanted to help deeply on a larger scale, to make changes."

The siblings' achievements are outlined in a book published by their parents, set to be translated into English as Two Rising Stars. The compilation of letters serves as a reminder that the siblings' short lives had impact.

"It is beyond unthinkable she will no longer have the opportunity to pursue her dreams," reads a letter from one of Zeynab's professors. "Future patients have been robbed of the opportunity to be cared for by someone so dedicated and talented."

The fourth-year biology and health science student, just 21 years old, had her research on colorectal cancer published posthumously. Zeynab was known as a fierce advocate for mental health, and was an aspiring doctor.

Dastgheib, a surgeon in Toronto, says he continues to be inspired by the young man's passion.

"I don't consider myself to be his mentor, I think I learned a lot from him," Dastgheib said. "I think we get absorbed in what we do as clinicians, and along the way we lose the passion, we forget what's important. And the passion he had will always be with us." 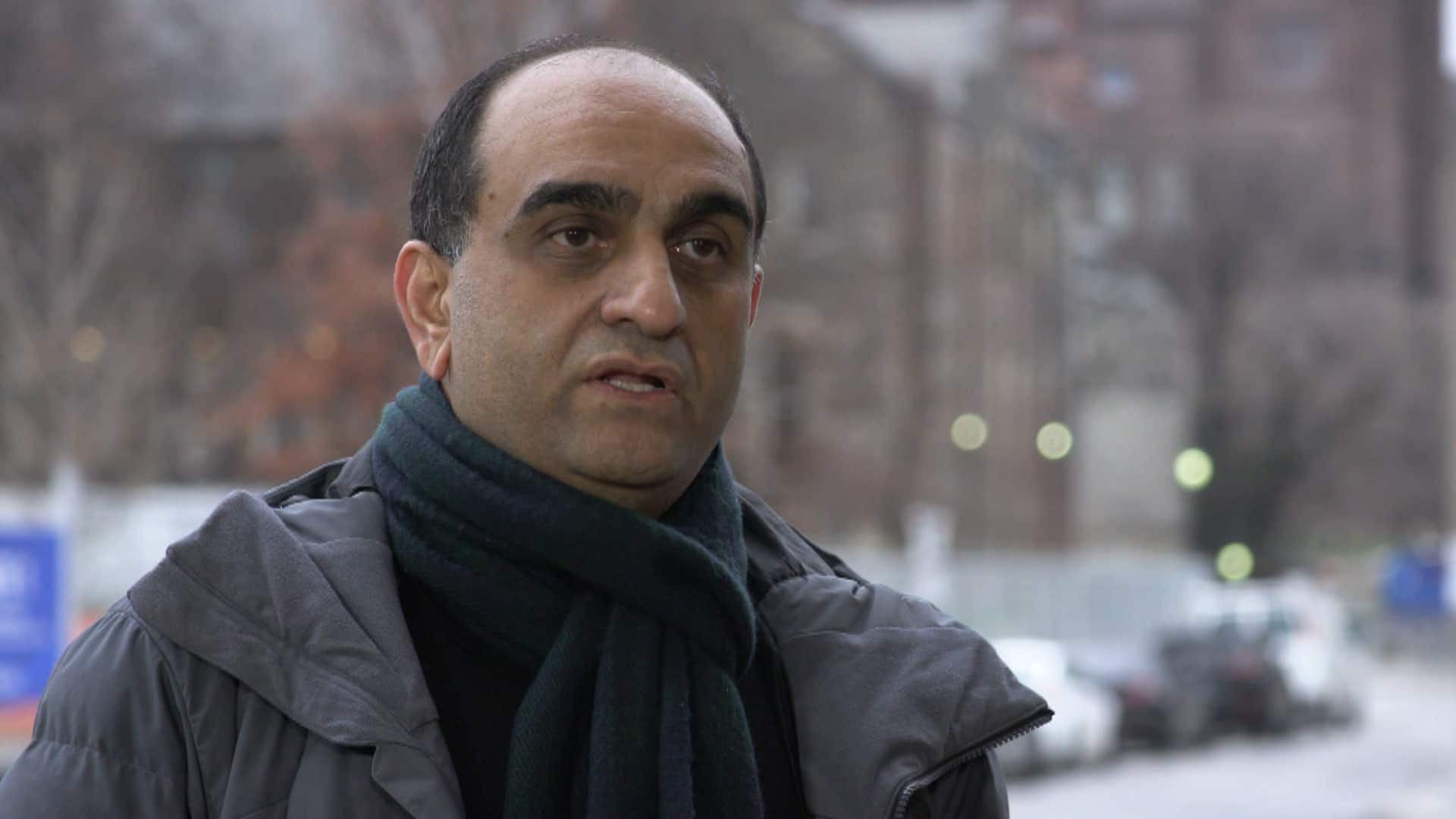 A tribute to Mohammad and Zeynab Asadi-Lari

Dr. Bijan Dastgheib reads from a book of tributes published by the parents of Mohammad and Zeynab Asadi-Lari.0:32

With files from Mia Sheldon

Share
Previous After the gold rush: Why Neil Young and other aging rockers are cashing in on song publishing
Next Philippines ‘not yet out of the woods’ of pandemic, DOH says