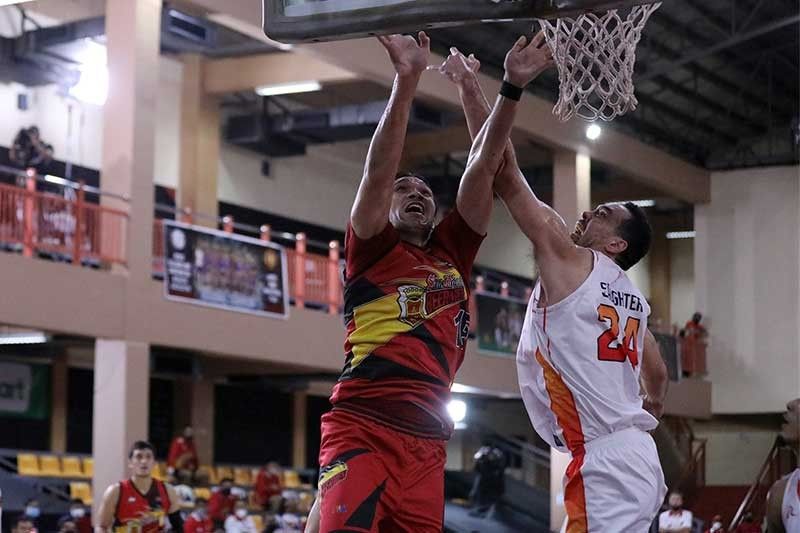 MANILA, Philippines – Six-time PBA Most Valuable Player June Mar Fajardo's life had taken a big hit before the PBA restart in Bacolor, Pampanga when the San Miguel center’s mother, Marites Fajardo, died weeks before the Beermen were set to return to play.

With Fajardo known to be close to his mother, it was only normal that returning to play is taking more getting used to than it did before.

But Fajardo is getting some help from his teammates, who are making sure not just to support him in the basketball court, but also off it as well in this trying time in his life.

Fajardo had also been recovering from a leg injury that deemed him out of action last season.

Now, the Beermen are happy to report that the big man is slowly but surely getting back to his feet.

But Santos knows Fajardo's issue in his heart more than others, as he also lost his mother in 2016.

Knowing what the 6'10" cager is going through, Santos took it to himself to console his longtime teammate.

"Nagheart-to-heart talk kami, one on one sa gym," said Santos.

Santos also alluded to Fajardo's mother being always supportive of the latter's career in basketball.

As the Beermen eye a return to glory in the Philippine Cup, it wouldn't hurt to have Fajardo back in top form both physically, and mentally.

San Miguel will play their second game against the Northport Batang Pier on Thursday in a bid to advance to the next round.

Share
Previous Jalen Green says he feels like a sophomore in NBA thanks to G League stint
Next Climate change causing lakes in Canadian Rockies to lose their famous turquoise lustre, says ecologist