Hyun Bin reveals why he is not on social media 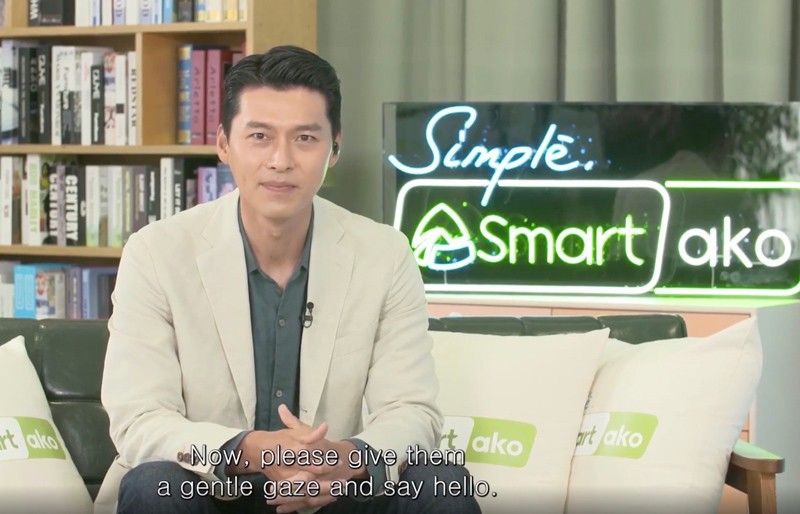 MANILA, Philippines — Hyun Bin admitted that it is hard for him to live and truly care about himself while being constantly in the spotlight.

This is one of the reasons why he does not have a personal social media account.

The "Crash Landing On You" star revealed personal details and thoughts at last Friday's virtual fanmeet presented by Smart Communications, Inc. on its virtual hangouts website.

Hyun Bin's revelation came during the "Yes or No" portion when he was asked by host Park Kyung-lim if he loves himself a lot.

"No," the Hallyu superstar answered. "I feel like I don’t love myself very much. I push myself a lot, but I barely compliment myself. That’s why I said no just now. Living as an actor, I often feel like I’m forced to live as Hyun Bin, which makes it hard for me to care about my true self. This is one of the reasons why I don’t use social media."

Hyun Bin added that he wants to keep his work and personal life separate. He would want to learn about himself on his own and that is something that only he can deal with.

The actor is not totally absent online though. He does search for his name "almost every day."

"I do it because I want to know if there’s something about me that I don’t know of. For example, when there’s an event like this, I never know when it’ll be covered. So I search my name every now and then to see how it’s covered," he admitted.

Like his reel-and-real-life sweetheart Son Ye-jin, he does not watch his own dramas. He did download over-the-top apps to "watch everything else."

Related: Hyun Bin: 'Travel is essential;' 'touring the Philippines would be great'

Apart from searching for his name, he likes to read the news with his phone.

"I like to read news. I read all sections. I think it’s nice to know what’s happening in the world I’m living in anyway. I’d like to at least have a rough idea of what’s going on," Hyun Bin said.