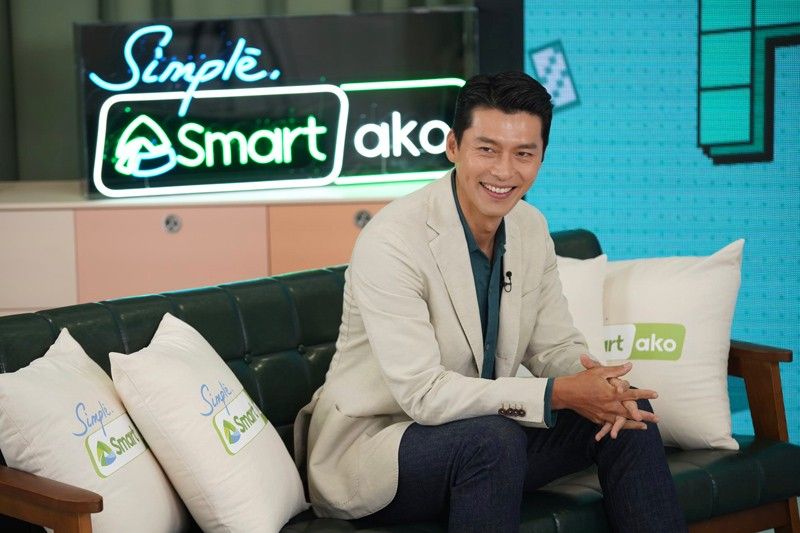 MANILA, Philippines — Did you know that the staff and crew of "Crash Landing On You" (CLOY) had to bring a whole piano with them from South Korea to Switzerland?

Did you also know that Hyun Bin had to relearn how to play the piano with a digital one they brought with them to be able to film that one climactic scene toward the drama's end?

Hyun Bin revealed juicy details about "CLOY," his other dramas and fun facts about him at last Friday's virtual fan meet presented by Smart Communications Inc.

In "CLOY," he plays Capt. Ri Jeong-hyuk, a high-ranking official who belongs to a prominent military family in North Korea. Though he found himself following in the footsteps of his brother, he had always wanted to pursue music.

It's not only relearning to play the piano but he also had to recall how to speak the Pyongyang dialect. He has already done it before for his North Korean detective role in the 2017 movie "Confidential Assignment." For "CLOY," he found it easier to speak the dialect.

Hyun Bin also shared that if he could choose, he'd like to play the characters played by Kim Young-min and Oh Man-seok. Kim plays Jung Man-bok a.k.a The Rat, a wiretapper who was coerced by Cho Cheol-gang (Oh Man-seok), a ranking official in the North Korean military, to do illegal deeds.

Apart from sharing fun facts about his smash hit romantic-drama, Hyun Bin also shared trivia, to the delight of his fans present during the virtual meet.

It is understandable since he is not a native speaker, but he had several people who taught him to say "simple." He both felt awkward and excited to act alone in an empty space since the commercial had a lot of visual effects.

The sequel to his 2017 action-packed thriller wrapped up shooting last June. It is one of the two movies he did after "CLOY." The other is "Bargaining." He is excited for the sequel because the movie's plot got more complicated with the inclusion of the United States in the story.

He wanted to become a detective

It's a case of manifesting. At one point in his childhood, Hyun Bin said he wanted to become a detective. Since he is into golf these days, he thinks he could be a golfer, too.

He revealed these when he was asked to answer "yes" or "no" to the statement, “I think I was born to be an actor.” Hyun Bin believes that there are other things that he could be good at other than acting.

A shower and a beer will do

Though he has a hectic schedule and admitted that he could not really take a complete rest, Hyun Bin often opts to play golf with friends to destress. Other times, it's just at home.

"Sometimes, after I get home from work, I take a shower and have a glass of wine or beer. Then I know I had a fulfilling day," he said.

He's not a crier

He's such a great actor that he can make crying look effortless. Hyun Bin, however, admitted he doesn't easily cry.

"I don’t cry very often. Somehow, I can cry when I act," he revealed.

He picked his 2010 critically-acclaimed melodrama film "Late Autumn," which was screened at the 61st Berlin International Film Festival.

"If it was autumn now, I’d recommend 'Late Autumn.' It’s a drama that makes you look back on your daily life," he said.