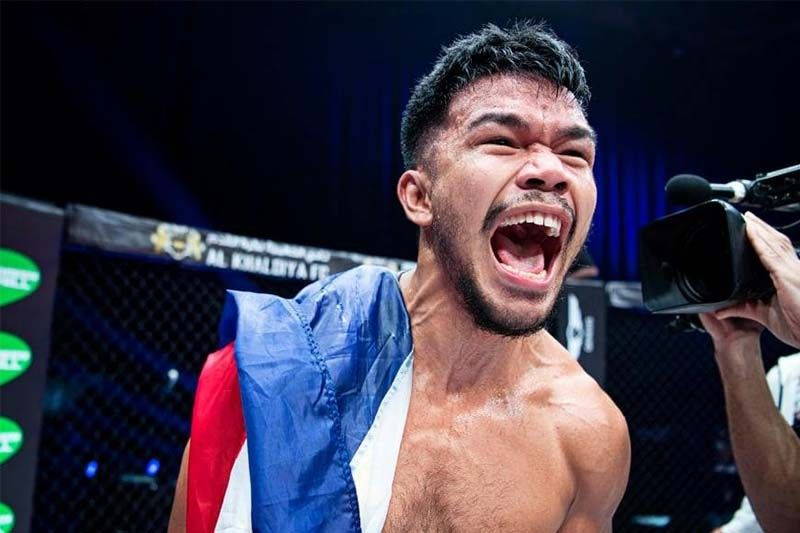 MANILA, Philippines — You know that saying when one door opens, another closes?

Filipino mixed martial arts fighter Rolando Dy will be the headline fight this coming December 18 in Brave Combat Federation 56 at the Belexpocentar in Belgrade, Serbia when he takes on hometown hero, Slobodan Maksimovic in a lightweight bout.

Dy has been waiting for a follow up bout after his disappointing loss last March at Brave CF 47 where he ironically headline his first MMA event albeit losing to Abdysalam Uulu Kubanychbek at the Arad Fort in Bahrain.

“I am very happy since magpa-Pasko na and matatapos na ang taon,” enthused Dy in an interview with philstar.com this Saturday, December 4. “I feel blessed na makalaban ulit at maging main event pa. Hopefully, the result will be different this time and I can clinch my 15th win.”

However, re-entering the winner’s circle will be no easy task for Dy as Maksimovic will have the luxury of having a partisan crowd. In addition, the No. 5-ranked lightweight in the Balkan Peninsula has won two in a row since the pandemic started and has aced seven of his last eight outings since 2016.

“He is a very good fighter,” noted Dy of his opponent. “He is a well-rounded fighter and a top five lightweight in Europe.”

“The bout will be a dog fight from the start. I will apply pressure from start to finish. He will be backpedaling the whole fight until I catch him. It will be a hard fight but I know with the talent and training that God gave me, I can beat him.”

“Decision, knockout, or submission, I am open to all possible outcomes. But one thing is for sure, I will be ready for whatever my opponent brings on fight night. I will make my Christmas celebration more special this year,” Dy promised.

Hopefully, the door that opens for Rolando Dy on December 18 will lead to something merry.