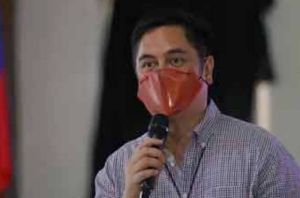 THE Inter-Agency Task Force for the Management of Emerging Infectious Diseases (IATF-EID) has adopted the 10-point policy agenda to hasten the recovery of the economy from the impact of the Covid-19 pandemic, Malacañang said on Wednesday.

Acting Palace spokesman Martin Andanar said the IATF-EID reached the decision during its meeting on Tuesday.

Andanar, who also serves as spokesman for the IATF-EID, said that local government units were enjoined to adopt the same policies, measures and programs.

“The National Economic and Development Authority shall ensure and monitor the compliance of government agencies with the Ten-Point Policy Agenda on Economic Recovery and shall periodically report the same to the President through the Office of the Executive Secretary,” he added.

“There is an urgent need to adopt policies on economic recovery to sustain current economic gains, minimize the pandemic's long-term adverse effects and restore the country's development trajectory,” the EO read.

The National Economic and Development Authority earlier said that placing the entire country under Alert Level 1 will add P16.5 billion to the economy per week.

After plunging by a record 9.6 percent in 2020, the Philippine economy grew by 5.6 percent last year — slightly higher than the economic team's adjusted 5 to 5.6 percent target band. Economic managers expect output to expand by 7 to 9 percent this year.