At the end of 2020, John Horgan doesn’t regret calling an election or any decisions made when COVID-19 cases were surging in British Columbia — and he doesn’t think he’s changed since becoming premier.

“I’m the same person I was before the election, I’ll be the same person after I leave this place,” he said in his traditional year-end interview with CBC News, which happened a day before he publicly backtracked on his own Christmas plans.

In a year when Horgan became the first NDP premier in B.C. history to win a second term and was consistently rated as one of the country’s most popular premiers, it’s no surprise he voiced few regrets.

And after three years of governing on a tightrope with a minority government in the legislature, the challenges he faces with a large majority will in some ways be easier to handle, knowing there’s no threat of an imminent election.

But some decisions will be tougher than others.

Take the massive hydroelectric dam in northeast B.C. that has been under construction for more than five years, with the end date and construction very much in question.

Horgan says he will make a decision on whether to continue with the Site C project once he receives an independent review by special adviser Peter Milburn, a former deputy finance minister.

That report could come as early as this week — but the premier isn’t drawing a red line on what would make him want to scrap the project.

“We have some challenges on that front, but we haven’t got all the details in yet,” he said, when asked how much would simply be too much in terms of the rising costs.

“I will not give a number that’s a drop-dead number. I think we need to look at the whole project and what the consequences would be stopping or going ahead.”

And on the province’s opioid crisis, which will see the highest number of people die from drug overdoses in a single year in 2020, Horgan expresses optimism.

“A whole range of issues have conspired to make the opioid crisis graver now than it has ever been, but I’m confident that we have a plan in place that involves treatment, that involves safe supply, that involves working with the federal government,” he said.

“It is absolutely tragic to see the number of brothers and sisters and nephews and nieces that have lost their lives as a result of toxic drug supply.”

One thing that will be different in 2021 is that when faced with political heat, Horgan won’t be able to point to the limitations of a minority government and will have fewer excuses to point to residual effects of 16 years of B.C. Liberal power.

A large majority government gives ample opportunity for change, but also makes it easier to be dismissive of the opposition — an accusation made by both Green Party Leader Sonia Furstenau and Liberal interim Leader Shirley Bond in their year-end interviews with CBC News.

But Horgan bristles at the implication of arrogance.

“If my opponents in the legislature are unhappy with their lot in life, I suggest they take that up with a counsellor,” he said.

“I’m here to focus on people. That’s my job, and that’s what I’ll keep doing.”

A less than charitable response to criticism, perhaps. At the same time, Horgan looks toward 2021 with optimism both in himself, and the people he serves.

“Quite frankly we’ve got a lot to chew on as society, but where I find comfort in 2020 as we say goodbye to this year, is that although there’s been examples that have disappointed me … in the broader community, the acts of kindness of generosity far exceed those acts of stupidity,” he said.

“I’m grateful to British Columbians for banding together to help each other.”

With files from Tanya Fletcher 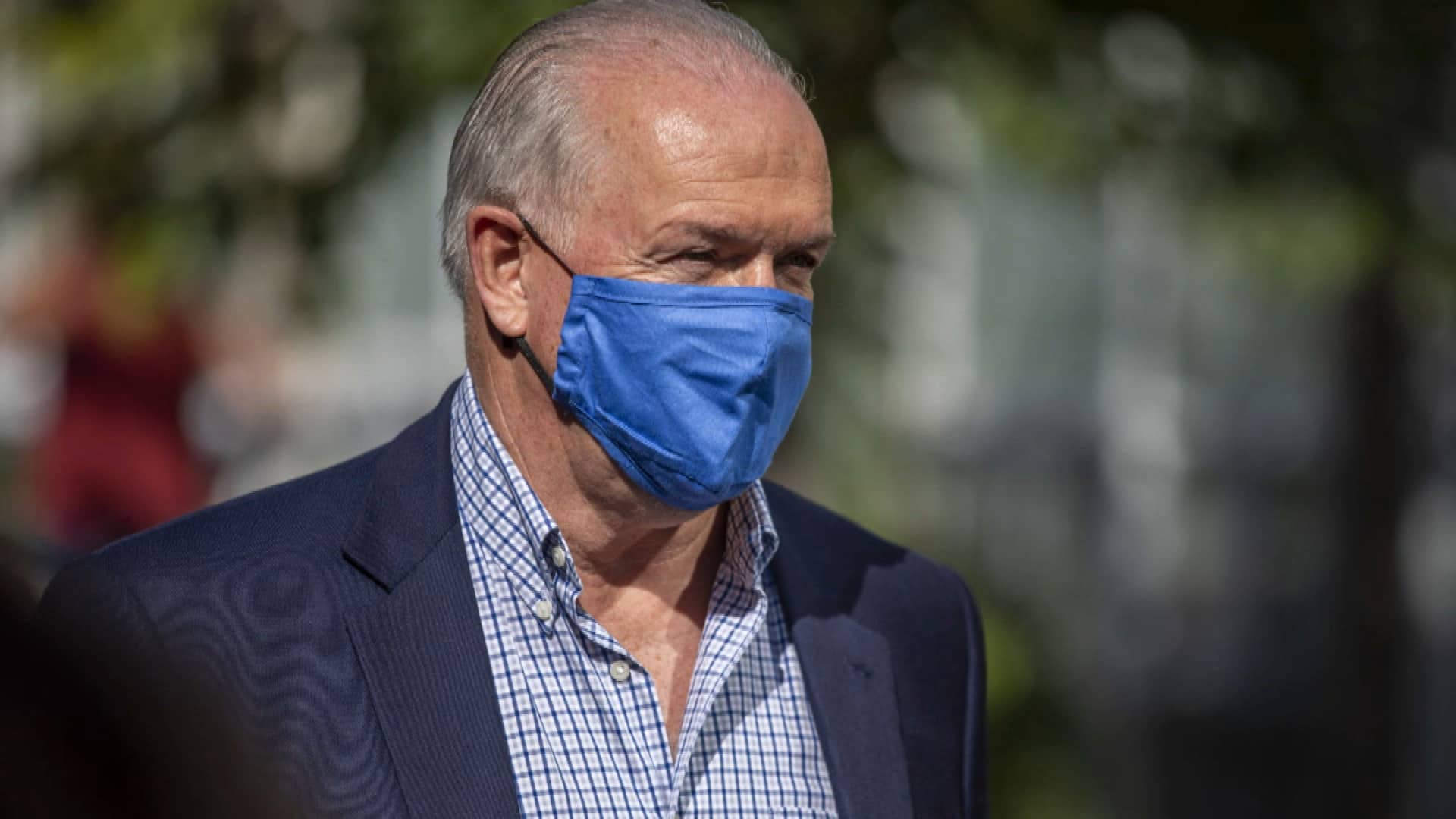