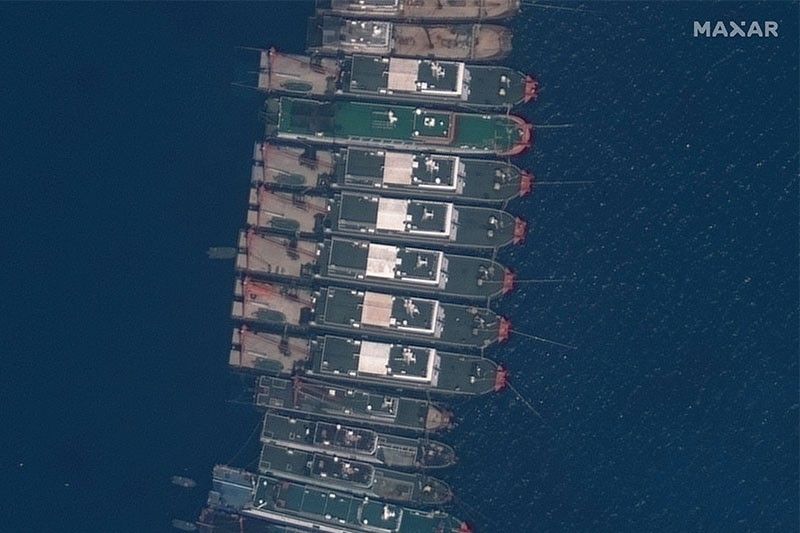 MANILA, Philippines — Defense Secretary Delfin Lorenzana reiterated Saturday the Philippines' demand for Chinese vessels to leave the West Philippine Sea, saying they have “no other reason” to stay in the hotly contested waters.

“I am no fool. The weather has been good so far, so they have no other reason to stay there,” Lorenzana said in a strongly-worded statement. “Umalis na kayo diyan (You should leave.)”

He added that Chinese Ambassador to the Philippines Huang Xilian “has a lot of explaining to do,” as the National Task Force for the West Philippine Sea (NTF-WPS) observed 44 Chinese vessels still remain in Julian Felipe (Whitsun) Reef, which is within Manila’s 200-nautical mile exclusive economic zone.

This is a significant reduction in the Chinese ships moored, anchored and stationary at Julian Felipe Reef, where the NTF-WPS initially recorded 220 vessels suspected to be part of Beijing’s maritime militia.

However, Chinese vessels have since scattered to other features in the Kalayaan Island Group, which is under the jurisdiction of Palawan.

“We, again, reiterate our demand for the Chinese to leave our sovereign territories and abide by international law,” Lorenzana said.

China has said that the ships at Julian Felipe Reef, known to them as Niué Jiao, are only taking shelter from rough sea conditions and insisted that this is completely normal as it asserted its claims over the sea feature.

In 2016, a Hague-based tribunal declared void China’s sweeping claims over most of the South China Sea, but Beijing continues to reject this ruling.

Locsin was in China from Wednesday to Friday, but the Department of Foreign Affairs has yet to disclose what has been discussed during his trip.

World powers such as the United States, European Union, Australia, Japan, United Kingdom, Canada and New Zealand have expressed support for the Philippines, calling on China to adhere to rules-based order consistent with international law, including the Convention on the Law of the Sea.