MANILA — The Star Magic family grew even bigger as the ABS-CBN’s talent agency officially added 13 new young stars in its pool of artists.

The new breed of actors and actresses on Tuesday signed exclusive contracts with Star Magic led by its head Lauren Dyogi in a virtual event dubbed as “Star Magic Plus.” This comes amid the crises that beset the Kapamilya network since last year.

They will be forming the newest barkada of the talent agency which will be called the ‘Squad Plus,’ according to Dyogi.

First to be introduced were Anji Salvacion, KD Estrada, and Sam Cruz who have already been performing on “ASAP Natin ‘To” and are part of the series “Unloving U.”

Aside from a contract with Star Magic, Angela Ken Roxas, who hails from Imus, Cavite, also inked a deal with Star Music.

Daniel Padilla’s relative Ashton Salvador was also included in the group, along with Renshi Rueso and Raven Rigor, who are both part of the upcoming teleserye “Huwag Kang Mangamba.”

Other artists who will be joining The Squad Plus are Danica Ontengco, Angelica Lao, Analain Salvador, Keann Johnson and Nio Tria.

From four members, The Gold Squad was expanded to include more artists as was announced early this year.

Here are the 13 newest artists of Star Magic. 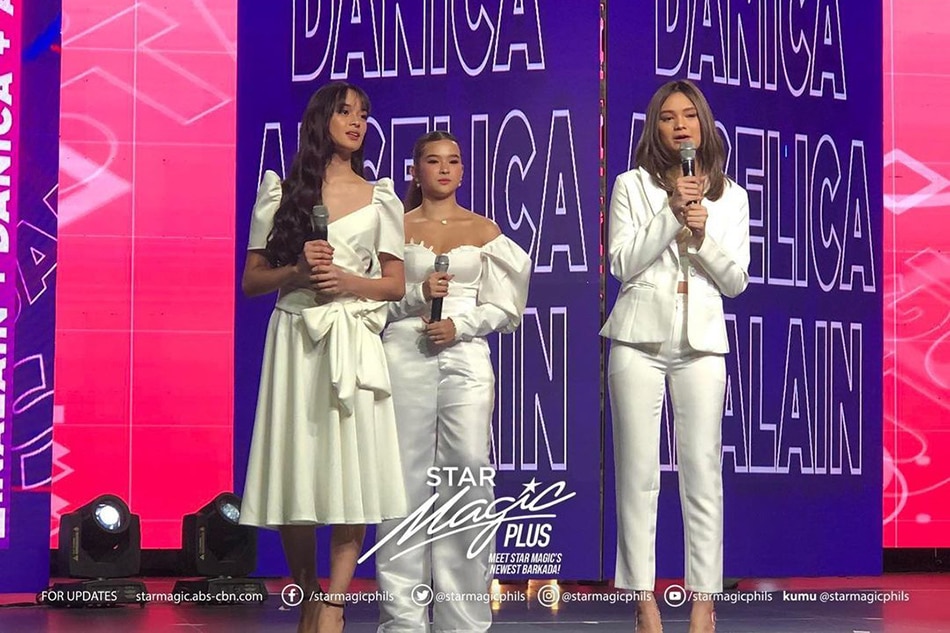 Share
Previous ‘We loved each other so much’: Derek Ramsay recalls 6-year relationship with Angelica Panganiban
Next K-pop fans cancel Spotify memberships after songs disappear